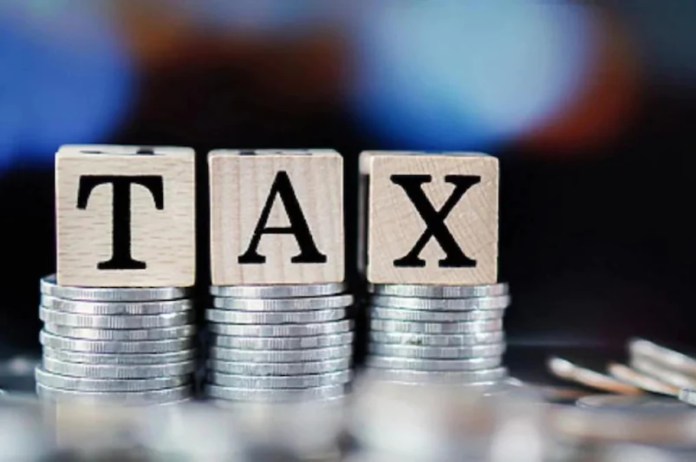 New Delhi: The tax department reported on Sunday that the total amount of tax on business and individual incomes collected so far this fiscal year has increased by about 24% to Rs 8.98 trillion.

This comprises a 32% increase in personal income tax receipts over the same time last year (including the Securities Transaction Tax) and a 16.73% increase in business tax revenues.

The net direct tax collections between April 1 and October 8 were Rs 7.45 trillion after accounting for refunds, which is 52.46 percent of the budget estimates (BE) for the full year’s tax collection target, according to the government.

In the budget, direct tax collections were projected to be Rs. 14.20 trillion this fiscal year, up from Rs. 14.10 trillion in the previous fiscal year (2021-22). Direct taxes are offset by business and individual income taxes.

Also Read: Sensex down 721 points and Nifty down 17 points in early session

Between April 1 and October 8, refunds totaling Rs. 1.53 trillion were given, an increase of 81% from the same time last year.

Net direct tax collection after accounting for refunds was Rs 7.45 trillion, up 16.3% from the same time last year. This includes an increase in PIT (including STT) of 16.25 percent and in corporate tax of 16.29 percent.

Indicators of economic activity include tax collection. However, despite a downturn in industrial production and exports, India still managed to collect a sizable amount of taxes.

According to some observers, the economy is still growing, but corporate profits are keeping the machine going.

The growth in merchandise exports from the previous year has slowed, and they decreased by 3.5% in September. In the first half of the year, the trade deficit nearly doubled.

IIP growth was muted at 2.4% in July, while the “core sector” experienced a nine-month low of 3.3% in August. GST (goods and services tax) revenue has stabilised at roughly Rs 1.45–1.46 trillion per month.

The Reserve Bank of India (RBI) revised its projection of India’s GDP growth for the current fiscal year down from 7.2% to 7% last month.

Other rating agencies have also cut their predictions for India’s economic growth, citing the impact of geopolitical unrest, tightening financial conditions worldwide, and a slowdown in external demand.

With inflation hovering between 6% and 7%, according to Rohinton Sidhwa, a partner at Deloitte India, it is crucial for tax collections to rise steadily faster than inflation.