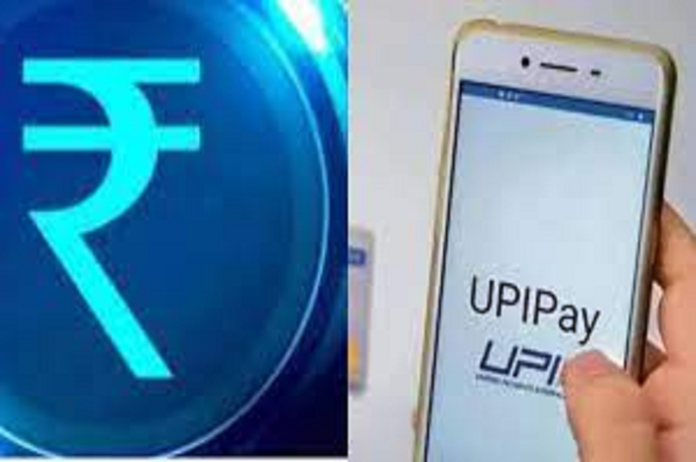 The Reserve Bank of India (RBI) introduced a new digital currency called e-Rupi on December 1. Although it will initially be available only in the four cities where the pilot will be conducted (Mumbai, New Delhi, Bengaluru, and Bhubaneswar), this is expected to change in the near future. But what differentiates UPI from e-Rupi?

The following are the five major differences between UPI and e-Rupi/CBDC:

According to experts, the e-widespread rupee’s use in rural and outlying areas will be aided by the currency’s ability to be used for offline transactions on feature phones. This is the most efficient method because the recipient will receive the electronic rupee coupon via short message service (SMS) or quick response (QR) code. This will enable it to be used even in areas with spotty or no internet service. Also, if it’s an SMS, people who don’t have smartphones can use it.

Although UPI transactions require a bank account and a debit card, an e-Rupi wallet can be used without either of these, making it a more convenient payment option.

With a retail CBDC, consumers should be able to trade without the involvement of a bank (just like with actual currency), and it is a digital transfer from person to person without the use of a bank middleman. CCAvenue would have the same denominations as actual currency, according to Infibeam Avenues Ltd. Executive Director Vishwas Patel.

It is possible maintain anonymity

No need for physical currency backup

UPI transactions are supported by physical cash. The transaction will fail if there is insufficient money in the user’s bank account. The e-rupee, on the other hand, can be used to make digital payments instead of traditional money or cash. The digital rupee issued by the RBI is fully legal tender in India. Physical currency is not required to back it up.

The UPI ID or handle varies by institution and service. While the UPI ID generated when connecting the same bank account to two different platforms may differ, the e-Rupi ID remains consistent. “The digital rupee will be operated by the RBI rather than bank intermediaries, as is the case with UPI, where each bank has its own UPI handler,” said Kunal Chowdhry, CEO of Apollo Singapore Investments. Each e-rupi transaction will require only one public key (address).