Despite oil prices at 7-month low, no change in petrol and diesel prices in India 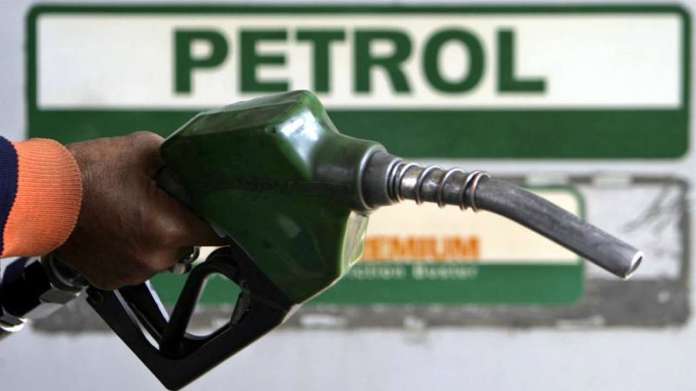 New Delhi: Despite a seven-month drop in global oil prices, India’s state-owned fuel merchants have been able to recover their losses after maintaining rates for a record-breaking five months despite rising costs.

As demand wanes due to recession worries, the price of international benchmark Brent crude last week dropped below USD 90 a barrel for the first time since early February. After recovering, it is now selling at USD 92.84 per barrel, the lowest price in the previous six months.

Despite positive developments like Russia’s decision to keep the North Stream pipeline offline and production cuts by the producers cartel OPEC and its partners (OPEC+), prices plummeted.

However, this has not resulted in any changes to India’s retail pricing for gasoline and diesel, which have been frozen for a record-breaking 158 days.

“When (international oil) prices were high, our (petrol and diesel) prices were already low,” he had said. “Have we recouped all our losses?” he went on to ask.

He did not, however, go into detail about the losses experienced by maintaining rates unchanged since April 6.

As the price of oil rose internationally, they were at one time losing Rs 20–25 on each litre of diesel and Rs 14–18 on each litre of gasoline. The decline in oil prices has reduced these losses.

“There are no under-recovery (losses) on petrol now. For diesel, it will take some time to reach that level,” an official said.

However, since oil companies will be permitted to recover losses they have accrued through selling fuel below cost during the previous five months, it is unlikely that this will result in an immediate decrease in rates, according to another official.

Puri had said on Friday that in order to provide some respite, the price of crude oil must remain at USD 88 per barrel or drop below it.

Since imports account for 85% of India’s oil requirements, developments on the international markets have a direct impact on retail pump prices.

IOC, BPCL, and HPCL are tasked with daily cost-based revisions to the retail price of gasoline and diesel. However, they did so starting on November 4, 2021, shortly before elections in states like Uttar Pradesh, for a record 137 days.

When the previous freeze expired on March 22 of this year, prices increased by Rs. 10 per litre in just over a fortnight before a fresh freeze started on April 7.

Petrol currently costs Rs 96.72 a litre and diesel Rs 89.62 in the national capital. This is down from Rs 105.41 a litre price on April 6 for petrol and Rs 96.67 a litre for diesel as the government cut excise duty to cool rates.

The Rs 10 per litre price hike that took place between March 22 and April 6 wasn’t enough to cover the cost, and the new freeze meant that more losses would accrue, according to officials.

At assist the government in controlling inflation, which had already soared to a multi-year high, oil companies did not revise prices. If the cost of gasoline and diesel had been raised, it would have increased even more.

Due to the freeze, the three retailers reported a combined net loss for the June quarter of Rs 18,480 crore.

Diesel was deregulated in November 2014, and gasoline in June 2010. Since that time, the government has stopped providing oil companies with any subsidies to make up for any losses they may have suffered from selling petroleum below cost.

So when input costs decrease, the oil firms make up for their losses, the first official said.

The invasion of Ukraine by Russia on February 24 shocked the world’s energy markets. As sanctions were placed on Russia’s major exports by the international community, initial price spikes developed into persistent price increases. Before the invasion, Brent was trading at USD 90.21 per barrel. On March 6, it reached a 14-year high of USD 140.