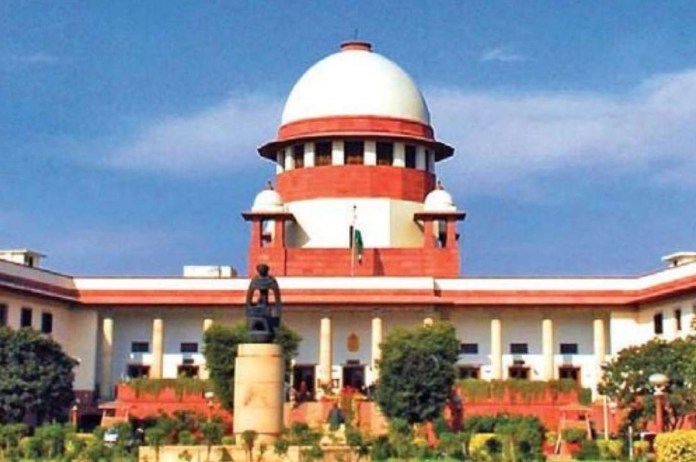 New Delhi: The Supreme Court ruled that a borrower cannot automatically request a further extension of time for making a payment under the one-time settlement (OTS) programme.

According to the top court, the borrower must prove whatever rights it may have in order to request the extension out of the blue.

The Punjab and Haryana High Court’s March decision, which had given a borrower, a firm, an additional six weeks to pay the remaining balance with interest to the State Bank of India in accordance with the sanctioned letter of OTS, was overturned by a bench of Justices M R Shah and Krishna Murari.

The highest court pointed out that rescheduling the payment under the OTS system and granting a deadline extension amounted to “rewriting the contract,” which is prohibited when using the constitutional authority granted by Article 226.

According to section 62 of the Indian Contract Act, the contract can only be modified with the approval of both parties. The ability of high courts to issue specific writs is covered in Article 226 of the Constitution.

“The borrower as a matter of right cannot claim that though it has not made the payment as per the sanctioned OTS scheme, still it be granted further extension as a matter of right. There cannot be any negative discrimination claimed,” the bench said.

On an appeal the SBI filed against a decision by the high court, the top court handed down its ruling.

It stated that the bank had authorised a cash credit in the borrower’s favour.

Later, in September 2017, the bank released the OTS scheme, which made it clear that payments had to be made as agreed upon under the plan within six months of the date of sanction or they would become infructuous.

The bank sent the borrower an OTS offer, which was accepted, according to the supreme court.

According to the sanctioned OTS, it was stated that the borrower had to pay 25% of the total by December 21, 2017, and the remaining amount, plus interest, had to be deposited within six months after the letter’s date.

The bank refused the borrower’s plea for an extension of eight to nine months to repay the remaining sum of Rs 2.52 crore and instructed it to complete the payment by May 21, 2018.

After that, the borrower petitioned the supreme court for eight to nine months to settle the balance due after May 21, 2018.

The bank had offered the borrower alternative OTS schemes to settle the account, but the company had not chosen any of them, the supreme court said in its decision.

The top court must decide whether the high court’s exercise of its authority under Article 226 to extend the deadline for making the balance payment under the approved OTS scheme was reasonable in light of the facts and circumstances of the case, according to the statement.