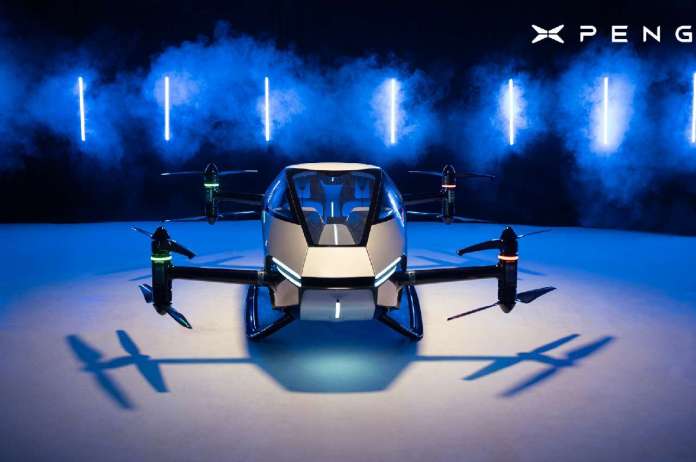 World’s First Flying Car XPeng X2: The world’s first flying car, the XPeng X2, is about to make a big impression. When this EV car flies through the clouds at 130 kmph, it can be seen talking to the air. Car enthusiasts all over the world are anticipating this. This vehicle was recently displayed at Gitex Global 2022 in Dubai.

This electric flying car can reach a height of 1000 metres. According to media reports, its battery can make it fly continuously for 35 minutes on a single charge. This is a futuristic car that will relieve traffic congestion and pollution on the roads.

The Electric Vertical Take-off and Landing (eVTOL) aircraft X2 was introduced by a company called XPeng. In terms of appearance and features, this flying car is a two-seater. It measures approximately 5 metres in length and 4.78 metres in width. The car stands 1.36 metres tall.

When its arms are folded, its width increases to 6 feet. The weight of the company’s flying car is 560 kg. It has a top speed of 130 kilometres per hour.

It is expected that it will be available to the public in the year 2024. The price has not yet been disclosed by the company. It will most likely cost several crores.