We are trying to make 6 airbags mandatory in vehicles: Nitin Gadkari

After making seat belts in the back seats mandatory, the government now plans to make 6 airbags mandatory in cars with 8 seats. Check. 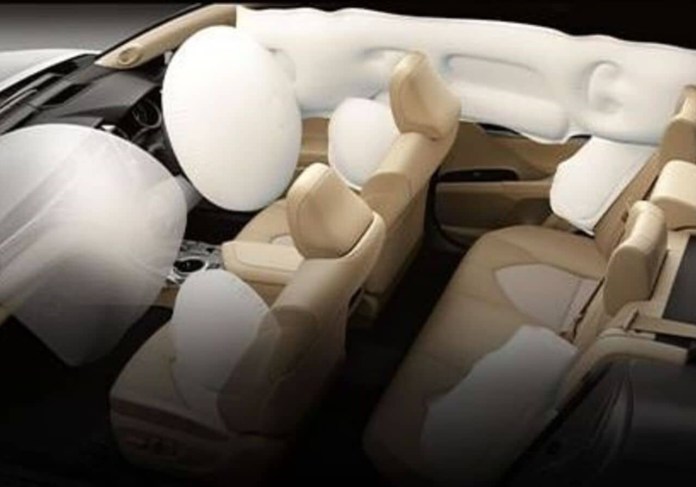 New Delhi: To avoid fatal accidents on the roads, the government is doing everything in its power to reduce the number of road accidents. After making seat belts in the back seats mandatory, the government now plans to make 6 airbags mandatory in cars with 8 seats.

Union Minister for Roads, Transport and Highways Nitin Gadkari recently mentioned that the government is trying to make it mandatory for automakers to provide at least six airbags in eight-seater vehicles from October to increase passenger safety.

Earlier this year, the Ministry of Road Transport and Highways (MORTH) said that to increase the safety of motor vehicle passengers against side impact, it has been decided to strengthen the safety features by amending the Central Motor Vehicles Rules (CMVR), 1989.

“Koshish toh hai (we are trying),” he said when asked if the government would make a minimum of six airbags mandatory in vehicles carrying up to eight passengers from October this year. An airbag is a vehicle occupant restraint system that intervenes between the driver and the vehicle’s dashboard in the event of a collision, preventing serious injury

According to National Crime Records Bureau (NCRB) data, more than 1.55 million lives were lost in road accidents across India in 2021 – an average of 426 per day or 18 every hour – the highest number of deaths recorded in any calendar year. far. According to the report titled “Road Accidents in India – 2020”, more than 11 percent of deaths and injuries were due to non-use of seat belts.

Last year, Gadkari said in an interview that small cars, mostly bought by the lower-middle class, should also have an adequate number of airbags, and wondered why automakers only provided eight airbags to large cars bought by the rich.

His remarks came against a backdrop of the auto industry raising concerns that high taxation and stricter vehicle safety and emissions standards have made their products more expensive.

Lower middle class people mostly buy small economy cars and “if their car doesn’t have airbags and when there is an accident, it can result in death. So I appeal to all car manufacturers to provide at least six airbags.” across all vehicle variants and segments,” he said.