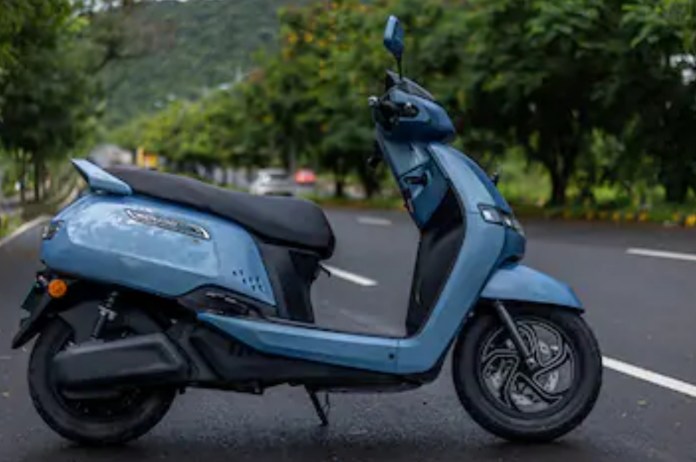 New Delhi: TVS Motor Company updated the iQube electric scooter in May last year. It got new features, variants and cosmetic enhancements including a bigger battery pack. With these updates, the sales of TVS iQube continued to grow and now in the month of December (2022), it has sold the most (in any single month). A total of 11,071 units of iQube electric scooter have been sold in the last December, which is the highest figure for its sales in a single month. Earlier in the year 2022, 10,056 units were sold in November, 8,103 units in October, 4,923 units in September, 4,418 units in August, 6,304 units in July, 4,667 units in June, 2,637 units in May and 1,420 units in April.

This shows that after the launch of the updated TVS iQube in May 2022, there has been a jump in its sales. Sales of iQube were only 1,420 units in April last year, which increased to ten thousand units in November. Apart from this, it reached 11,071 units in December 2022. TVS iQube is currently being sold in three variants – Standard, S and ST. Its standard variant and S variant get a 3.04 kWh lithium-ion battery pack while the top-spec ST variant gets a bigger 4.56 kWh battery unit.

The company claims that it can deliver a maximum range of 100 km, 100 km and 145 km respectively on a single full charge. The standard variant of TVS iQube costs Rs 99,130 while the ‘S’ variant costs Rs 1.04 lakh. These prices are on-road Delhi. This price is after applying FAME II and state subsidy.