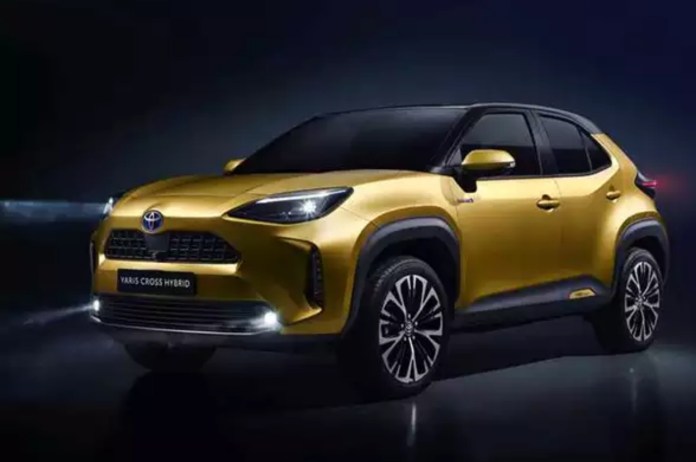 New Delhi: In the coming time, in the partnership of Toyota and Suzuki, a new SUV is expected to come soon. Which can be named Toyota Yaris Cross. The car has been spotted several times during testing. After launch, this Toyota SUV car will give tough competition to Hyundai Creta and Kia Seltos.

Maruti Suzuki and Toyota have already collaborated with each other to introduce cars like Toyota Glanza (Hatchback) and Urban Cruiser (SUV). Now both the companies together can create panic in the compact SUV segment through their next SUV car Toyota Yaris. According to the information, a lot of advanced features can be seen in it.

Read More  –AUTO TIPS: HERE’S HOW TO PROTECT A MOTORCYCLE FROM THEFT, DETAILS INSIDE

Currently Toyota is selling its Yaris Cross in the global market. That’s why there is a high possibility of this SUV car being introduced in the Indian auto market soon. Talking about the dimensions of this SUV, along with 4.18 m in length, its wheel base can be seen at 2.56 m. Also, it can get to see a 1.5 L petrol engine with hybrid technology, which will be capable of generating strong power. Apart from this, there is a possibility of more cars coming in the coming time in the partnership of Suzuki and Toyota.

This upcoming car of Toyota will be from Hyundai and Kia’s best selling SUV car Hyundai Creta. Creta is a highly demanded car in the Indian auto market. The company offers engines ranging from 1353cc to 1497cc in this car. Its starting price is Rs 10.44 lakh.