Toyota Innova Hycross: All you need to know about 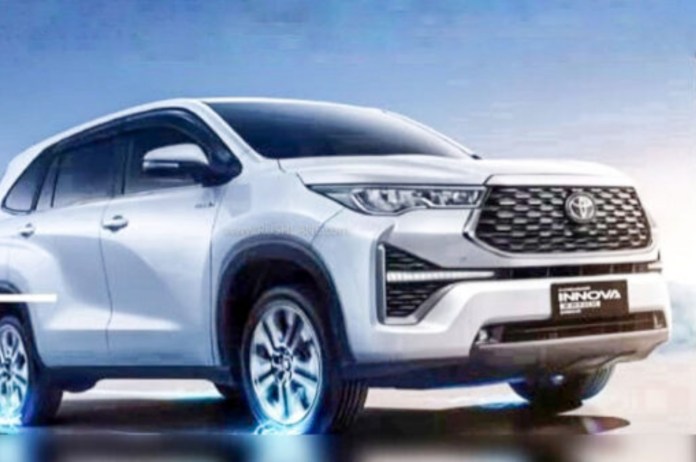 New Delhi: Recently the new Innova Highcross has been seen and while this car is going to be introduced after a few days. Seeing this shows the changes made in its design. It is the new generation Innova Hycross and is built on a different platform along with a hybrid powertrain. Going by the leaked pictures, it is known that it is very different from the current Innova Crysta. Looking at its design, it clearly looks like an SUV, whose front-end look has been made like Fortuner while its rear look has been made like Hilux. Looking at its grille, it is known that the lower part of its bumper looks quite aggressive.

How are the features

The wheel-side gets a muscular look on the side with an SUV-like roofline, while the wheel size is also quite large. With its bigger LED tail-lamps and bigger tail-gate, the Innova Highcross is longer and wider than the Crysta. While it looks like an SUV, the interiors are all new and designed in a more luxurious look, with bigger touchscreen and bigger double panoramic sunroof, digital instrument cluster, ambient lighting, captain seats in second row and cooled seats Many new features have been given.

The second biggest change in this is that the Innova Highcross will now come fully petrol or hybrid. Diesel will not be available in it. It will get a 2.0 liter petrol engine, but its main attraction will be a strong hybrid engine with a 2.0 liter petrol and an electric motor. The look of the Highcross looks more like an SUV. With these premium looks, it could be priced much higher than the current Crysta. Toyota will start booking for this car on 25th of this month and its prices will be known only at the 2023 Auto Expo next year.