Toyota Innova HyCross: All you need to know about 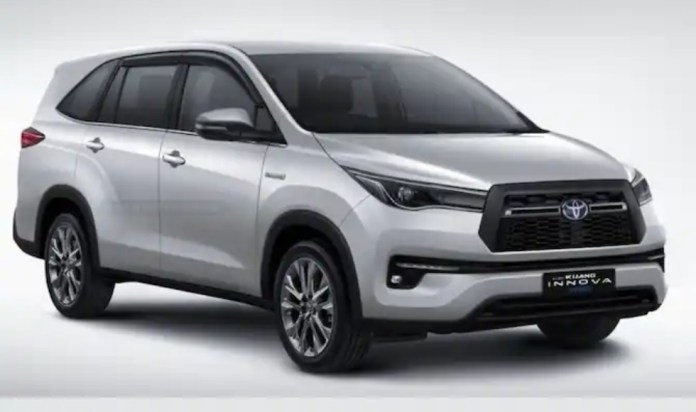 Share
Facebook
Twitter
Pinterest
WhatsApp
New Delhi: Toyota is preparing its next big product for India, which is going to be the Innova Hycross, which will debut on November 25. This new generation Innova will replace the existing Crysta as it comes in a hybrid line-up. As already reported, the new Innova Hycross will come with a hybrid powertrain like the HyRyder but will also get a bigger and more powerful 2.0-litre engine. The new Innova Hycross will get 2.0L petrol as standard while the hybrid version will be available in the above variant.

Mileage will be more than 20 kmpl

The new Innova Hycross will now result in higher mileage with a hybrid powertrain, except from the diesel engine. Hence, the new Innova Hycross will be much more fuel efficient than the existing Innova Petrol with the hybrid version expected to deliver a mileage of over 20 kmpl, making it one of the most efficient MPVs. Especially for a car of this size as it is bigger than the current Innova.

Will be more fuel efficient

The hybrid version is expected to be the best seller due to its efficiency, while its main attraction will be the USP along with its efficiency. As mentioned earlier, the new Innova Hycross is a major change from the previous Innova Crysta which will also be sold with the Crysta. The platform is new with the new generation Innova HiCross and it is just as great with more features than the existing Innova.

The new generation Innova is also bigger in size and is expected to be a superior luxury car with a panoramic sunroof, 360 degree camera, captain seat and many more premium features and comfort.

Toyota will unveil the car soon while prices will be revealed next year at Auto Expo 2023, where Toyota is participating.
November 5, 2022