Apart from this, fog lights, LED DRLs and LED tail lights are also available. However, the model does not get roof rails. 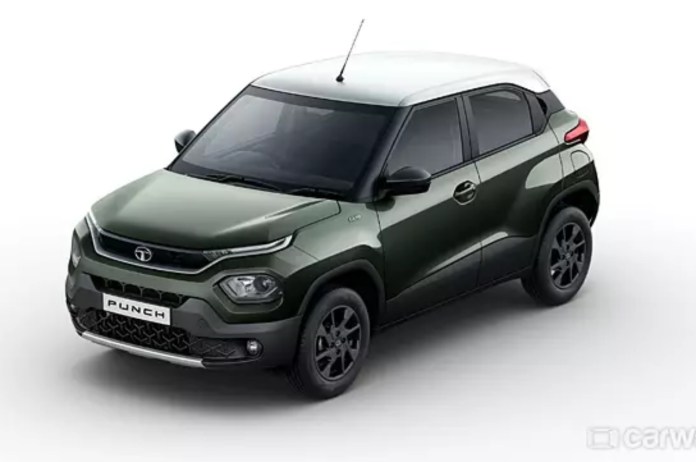 New Delhi: Tata Motors has launched the Tata Punch Camo Edition with prices starting at Rs 6.85 lakh (ex-showroom, New Delhi). Its regular model was launched last year, after which it has received a good response from the customers. Now on the first anniversary of the model, the company has launched the Punch Camo Edition. Coming to the exterior of the Tata Punch Camo Edition, it gets dual-tone color options (piano black and pristine white) with silver skid plates, camo badging on the front fenders and 16-inch ‘charcoal’ alloy wheels with a new foliage green paintjob. Apart from this, fog lights, LED DRLs and LED tail lights are also available. However, the model does not get roof rails.

The interiors of the Tata Punch Camo Edition get military green inserts. It gets a 7-inch Harman infotainment system with support for Apple CarPlay and Android Auto. The Camo Edition also gets features like push start/stop button, reverse parking camera and cruise control. It has been made available in both MT and AMT transmissions and there has been no change in its engine. Tata Punch Camo Edition is offered with a 1.2-litre, 3-cylinder petrol engine. It generates maximum power of 86 PS at 6,000 rpm and peak torque of 113 Nm at 3,300 rpm. It gets 5-speed manual and 5-speed AMT transmission options.

Prices of all variants of Tata Punch Camo Edition (ex-showroom)