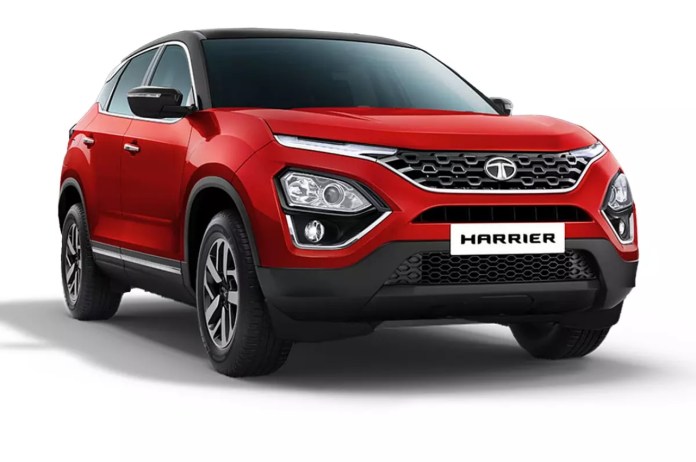 Share
Facebook
Twitter
Pinterest
WhatsApp
New Delhi: Tata Motors is about to launch its popular SUV Tata Harrier in a new avatar. The company is about to launch a new ‘Special Edition’ of this car. The company has not given information about the name of this edition. This Safari Adventure is expected to be a bold edition just like the Persona edition.
The Harrier is currently available in four special editions – Camo, Dark, Kaziranga and Jet. The new Tata Harrier Special Edition is likely to get some cosmetic updates as compared to the regular model. However, it is expected that there will be no change in the engine setup. It will continue to come with the 170bhp, 2.0L diesel engine.

You will get these cool features

The company can introduce the special edition of the SUV in a new color scheme. It is expected to be based on the range-topping XZA+ variant which will come with some exclusive features including auto dimming IRVM, a panoramic sunroof, 6-way electrically adjustable driver seat and 17-inch diamond cut alloy wheels.

As far as the price is concerned, the new Tata Harrier Special Edition is expected to cost around Rs. 50,000 more. The model will be available for sale later this year. In other updates, the company is planning to introduce the Tata Harrier facelift in early 2023.
The updated model of the SUV is likely to come with a bigger infotainment system, a 360-degree camera with ADAS and wireless Android Auto support. Some changes will also be made in its exterior. The new Harrier facelift will feature an updated grille with horizontal slats and integrated radar, redesigned LED headlamps with LED DLRs, new alloy wheels and revised rear bumper.
November 12, 2022