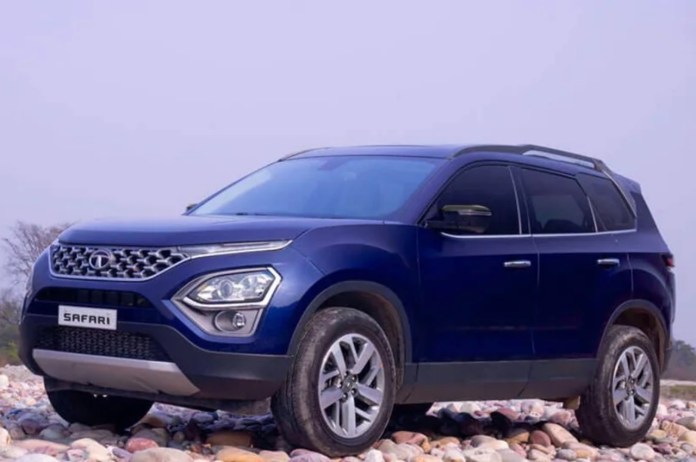 New Delhi: Vehicle manufacturer Tata Motors has released a teaser video of its upcoming range of electric vehicles, which are to be showcased at the 2023 Auto Expo. The video also shows the silhouette of the Tata Harrier EV and Safari EV, which could be unveiled as concept cars at the mega automotive event.

Born will be ready on electric platform

Both these electric SUVs can be built on Tata’s ‘Born Electric’ platform. Which supports multiple body styles with two and three-row seating configurations. These EV concept cars will showcase the flexibility of Tata’s new electric skateboard architecture.

Will get new logo

The new Tata Harrier EV and Safari EV concept cars may feature a ‘T’ logo at the rear, which could be the new signature logo of Tata Motor’s EV division – Tata Passenger Electric Mobility (TPEML). The company’s Born Electric platform has been designed keeping in mind the best interior and exterior design. However, the interior of both the concept EVs has not been revealed yet. According to an estimate, they can have a self-assist lounge-like layout with advanced features and connectivity.

Tata’s dedicated electric architecture may differ in terms of packaging and design of the IC engine platform. As the ICE version Harrier and Safari SUVs are based on the Omega Arc platform, converting them to the electric version is a difficult task. Which is the D8 architecture of Land Rover. According to media reports, the production version of Tata Harrier EV and Safari EV can be seen on the roads in early 2025. Along with this, Tata Motors is also preparing to bring many of its other cars to the market in the form of EVs.

Will compete with Hyundai Kona Electric

In the electric version, the Tata Harrier will compete with the Hyundai Kona electric SUV. This electric SUV from Hyundai gets a 39.2kWh battery pack, which is connected to an electric motor, which generates 136 PS of power and 395 Nm of torque. It gets an ARAI certified range of 452 km and Hyundai says that this EV can accelerate from zero to 100 kmph in just 9.7 seconds.