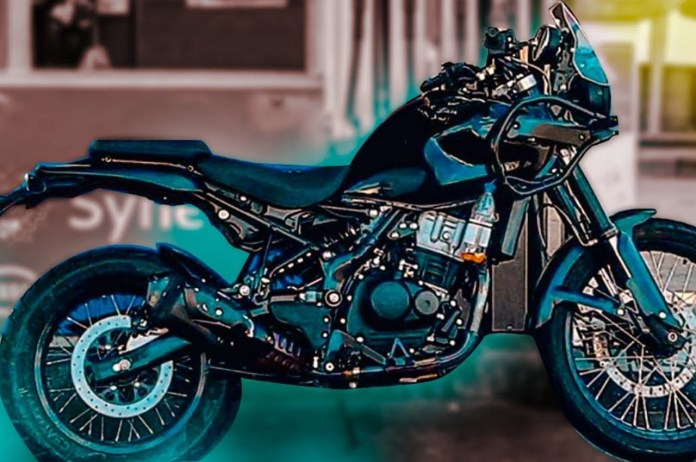 New Delhi: The Royal Enfield Himalayan 450 has been awaited in the Indian market for a long time, although it has been spotted several times during testing. Now some new spy pictures of this bike have come to the fore. From which it is known that it will get a large single pod circular instrument console. While the current Himalayan 411 gets a small LCD display with a small analog tachometer, fuel meter, digital compass and an analog speedometer with a circular tripper navigation screen. Also, it will get a new instrument cluster tilted towards the rider.

At present, no information has been revealed about the engine of Royal Enfield Himalayan 450. However, it is likely to get a 450cc engine with 30bhp/40Nm output. The bike can be outfitted with a liquid-cooled engine and a bolt-on subframe, double-cradle frame. The spy pictures reveal that it could get Showa’s USD fork suspension at the front axle and monoshock suspension at the rear. A 6-speed gearbox can be found in it.

What will be the specialty?

Royal Enfield has not given any information about when this bike will be launched, although according to some media reports, the company can launch this bike in the second quarter of 2023. After launching, this bike will compete with adventure model two wheelers like KTM 390 Adventure and BMW 310 GS. Also, it can compete with Hero 450 ADV and Yezdi. The price of this bike can be Rs 2.8 lakh or more.