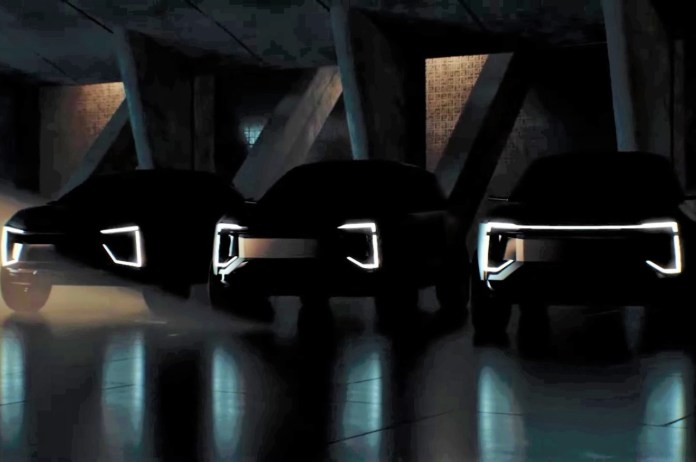 New Delhi: Mahindra & Mahindra has announced that it will launch a new generation of electric SUVs on August 15, 2022 in Oxfordshire UK. As part of the Born Electric Vision (BEV) program, the company will introduce up to five electric vehicles.

The teaser reveals that the Mahindra Born Electric Vision (BEV) will come with advanced connectivity features.

The new connectivity features allow you to control a number of functions in the car, such as seat adjustment, music preferences, air conditioning and ambient lighting, and more. The new models are expected to come with multi-zone automatic climate control or dual climate control.

The teaser of the Mahindra Born Electric SUVs also reveals the flat plate architecture and fast charging system of the new model. There is no information revealed about the products that will be unveiled on August 15, 2022.

Previous teasers reveal that the concept cars will be SUVs or SUV coupes. The new models will include a coupe SUV, a compact SUV, a mid-size SUV (XUV700 size) and a fastback-like model. Mahindra has announced that it will launch 5 new electric SUVs in the country in the next 5 years.

The company will launch 4 all-new electric models and the all-new XUV400 electric SUV. Mahindra’s new XUV400 electric vehicle is scheduled to make its world debut in September 2022, with the launch likely to happen before the end of this financial year.

The new born electric SUV will take shape at its engineering and R&D center at Mahindra Research Valley (MRV) in Chennai. Mahindra is hiring about 900 engineers at its MRV center to build EV capabilities and design and develop new electric vehicles.

The Coupe version is said to be a preview of the brand’s future XUV900 Coupe SUV. Mahindra recently received an investment of Rs 1,925 crore from British International Investment (BII) – a British development finance institution.

The fund will be used to develop and market a global portfolio of electric SUVs with advanced technologies.