Mercedes Benz GLB launched in India at THIS price 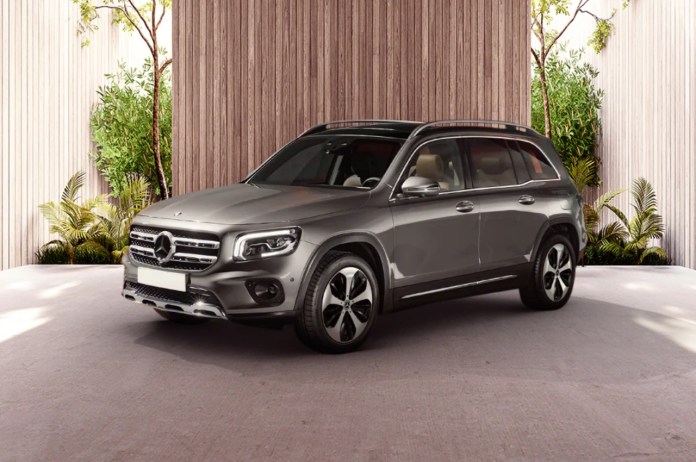 New Delhi: Luxury vehicle manufacturer Mercedes has launched its two new cars GLB and EBQ in India. The EBQ is an electric car with prices starting from Rs. 74.5 lakhs, while the GLB starts at Rs. 63.8 lakhs. Both these cars are almost similar in terms of looks and dimensions, but one of them is an electric SUV.

GLB has been launched in three variants

The car gets a single-slat grille at the front along with a large square grille in the centre. Along with this, the LED headlamp of the new design and the tail lamp divided into two parts have been given. Apart from this, a slight change has also been made in its body design.

The Mercedes-Benz GLB gets a 1.3-litre petrol engine and a 2.0-litre engine option. Which produce 161 hp power and 250 Nm peak torque and 188 hp power and 400 Nm torque respectively. The car gets the option of 7-speed and 8-speed dual clutch gearbox.

Mercedes’ classical LED headlights and taillights have been given in this SUV. Along with this, features like LED strip, wireless charger, a USB Type-C port, panoramic sunroof, an electronic tailgate, are available.

The Mercedes EQB is equipped with a 66.5 kWh battery pack. The electric motor in it produces 225 hp of power and 390 Nm of peak torque. This car can be charged from 0 to 80% in just 32 minutes. Along with this, the option of 11 kW charger is also available, due to which this car takes 6 hours 25 minutes to charge.

In the Indian market, Mercedes GLB will compete with Jaguar F Pace, whose initial ex-showroom price is Rs 74.88 lakh. The Mercedes EQB, on the other hand, will be launched in the country with the Kia EV6, whose starting price is around Rs 60 lakh.