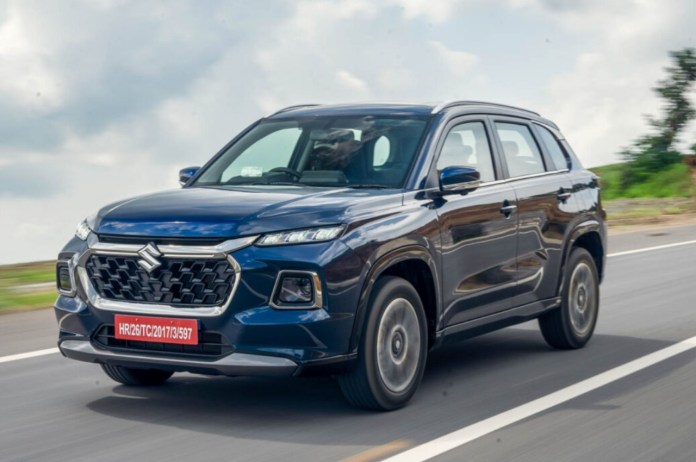 Share
Facebook
Twitter
Pinterest
WhatsApp
New Delhi: Maruti Suzuki India Limited (MSIL) is rapidly expanding its CNG portfolio in the Indian market. The company is continuously launching new CNG models in the market. Now another popular car is going to join this episode. Maruti Suzuki Grand Vitara will be launched with factory fitted CNG.
A few days back, the country’s largest carmaker introduced the CNG-spec Baleno and XL6. After this, the launch of Toyota Glanza CNG took place and the booking of Urban Cruiser Highrider CNG has also officially started.

The Toyota midsize SUV, in its CNG avatar, will come amidst the discontinuation of the Urban Cruiser compact SUV. Though the official launch date is not available yet, the Japanese manufacturer will introduce the highrider CNG soon. It looks like the Hyryder’s sibling Maruti Suzuki Grand Vitara will also get a CNG variant.

The launch of the Maruti Suzuki Grand Vitara CNG is scheduled for next month and it will become the first Maruti model to feature a regular petrol mild-hybrid, a strong hybrid and CNG fuel options.
The Grand Vitara will generate around 88 Bhp and 98.5 Nm in CNG mode. The engine will be mated to a five-speed manual transmission only. The information about the variants of Maruti Suzuki Grand Vitara CNG has not been revealed yet. In comparison to the corresponding petrol mild-hybrid variant, the mid-size CNG SUV is expected to be costlier by up to Rs.75,000.
November 12, 2022

Auto tips: Follow these measures while driving in fog, smog