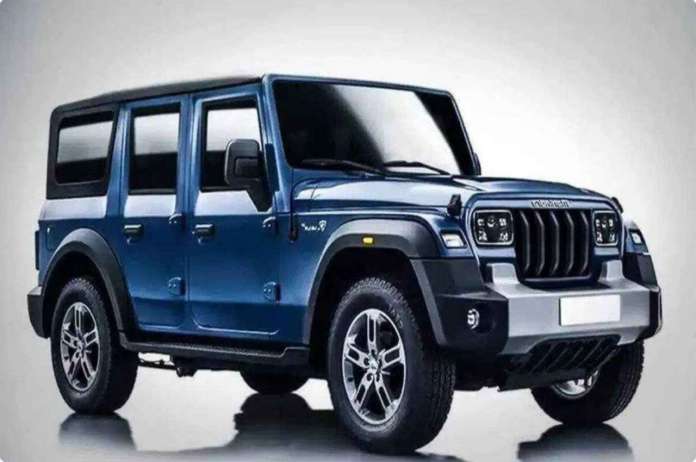 Mahindra Thar 5 Door: Mahindra has been consistently releasing SUVs that are well received by the public, and the company will now release its first electric SUV, the XUV400, early next year. Aside from that, it is in the process of updating the Thar.

The Mahindra Thar 5-door version is being tested. During testing, it was observed numerous times. The 5 door Thar is expected to have more space and new features than the current model. The current Mahindra Thar (3 door model) costs between Rs 13.59 Lakh and Rs 16.29 Lakh (ex-showroom). The new 5-door Thar could be priced similarly.

Spy photos of the 5-door Mahindra Thar indicate that it will have a metal or plastic hard top that can be removed. Looking at the image, it appears that it will have a longer length and a wider wheelbase than the 3-door model. The five-door model will also receive new alloy wheels as well as sleek side steps with chunkier spokes.

Mahindra may drop the soft top option in favour of a metal or plastic hard top on the five-door Thar (removable). The most recent spy shots of the five-door Thar also revealed a grab handle on the A-pillar inside the cabin, which does not exist in the current Thar.

In terms of engine and power, the upcoming Mahindra Thar 5 door model may be similar to the current 3 door model. It is available with 2.0-litre mStallion turbo petrol and 2.2-litre mHawk turbo diesel engines.