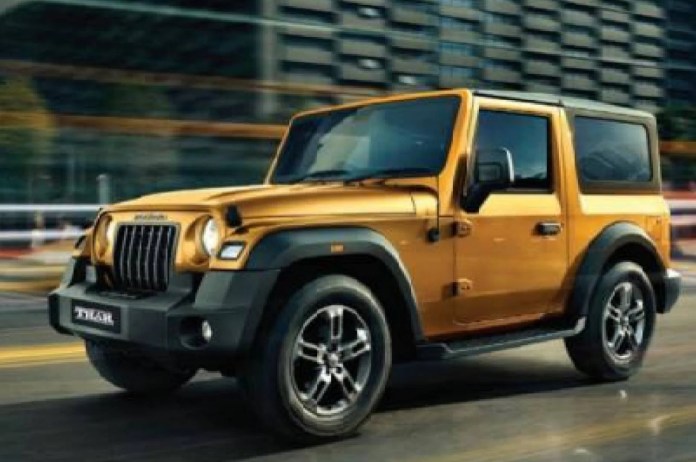 New Delhi: Mahindra & Mahindra has launched the affordable variant of its Thar SUV. This SUV car was earlier available only in 4X4 option. Now it has been offered in 4X2 option as well. Now this off road SUV will be available in both rear wheel drive (RWD) and four wheel drive (4WD) options. The starting price of the new Mahindra Thar is Rs 9.99 lakh (ex-showroom). This car can be booked with an amount of Rs 10,000. The company will start its delivery from January 14 itself. This Mahindra car is being seen as a competition to Maruti’s Jimny car.

Mahindra’s current Thar and the new Thar are similar to look at. But 4×4 will not be written on the new Thar. The 2WD Thar will be available with a hard-top option. Inside, the 4×4 gear slot has been left blank, along with auto start/stop function. The traction control, hill descent control and door lock/unlock buttons have been shifted from the control panel to the center console.

The 1.5-L diesel engine has been given in the Mahindra 2WD variant, which is present in the XUV300. This engine gives power of 117hp and peak torque of 300Nm. Which is paired with a 6-speed manual (MT) gearbox. At the same time, its second engine 2.0-L turbo petrol has been introduced with 6-speed torque converter automatic transmission. This engine gives 320Nm of torque with 152hp power.

This car from Mahindra will compete with Maruti’s upcoming off road car Maruti Zimni. Also, this car will prove to be better for such people as well. Those who want to buy Mahindra Thar. But not them with the 4X4 option. Also, due to the difference in price, it can be a better option for such people.