Lamborghini Urus Performante: All you need to know about! 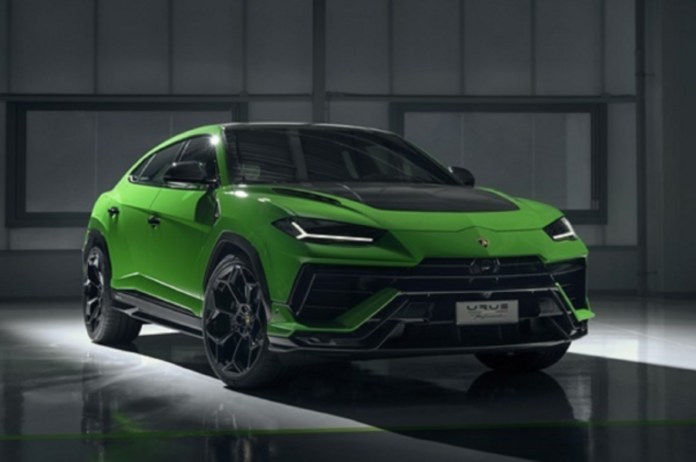 New Delhi: Lamborghini Urus Performante has been launched in India. Its price in the Indian market is Rs 4.22 crore. It is one of the last few cars from the company to be launched with the IC engine this year. Because, from 2023 Lamborghini will switch to hybrid cars. This supercar accelerates from 0-100 kmph in just 3.3 seconds. Its top speed is 306 kmph.

When Lamborghini launched its Urus at its headquarters in Sant’Agata Bolognese in December 2017, this SUV went straight into the hearts of people. The super premium SUV proved every auto pundit wrong who suspected that it would not find favor with the customers.

Now let’s talk about its design, so extensive carbon body has been used in this super SUV car. Its bonnet is of carbon fiber. Deep sharp cuts have been given on the bonnet. Apart from this, it has been given a new bumper and redesigned air vents, whose horizontal surface area has been increased. Due to which it will get more downforce.

New aerodynamic alloys have been given in it, in which you get the option of 22 or 23 inch side. Special Pilari P Zero tires have been used in this. Carbon fiber option is available in the roof. Coming to the rear, the major change here is the ultra light titanium exhaust. Its sound has become even better than before.

How is the performance?

Now let’s talk about the performance for which this car is famous all over the world, so it has been given the same 4.0-liter twin turbocharged V8 engine, which is available in Urus standard. However, the standard model of Urus gets maximum power of 650 hp, while it will get maximum power of 666hp. That is, 16hp more than the standard model of the Urus. However, the same power is available in the Urus S. But if we talk about torque then there is no difference between all three. The Urus Performante gets the same 850Nm peak torque as the Urus.