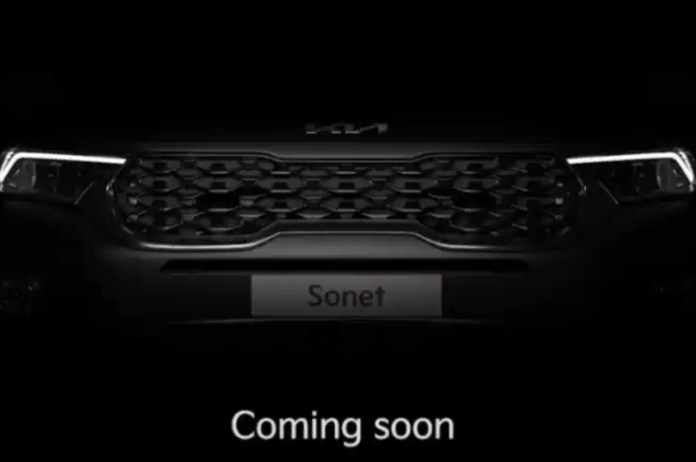 New Delhi: Veteran automaker company Kia India has released the official teaser of its new car. The front look and new grille of the upcoming car are seen in the released teaser. Let us know that the company will present this upcoming X line variant as the top spec. Once this variant comes, it will replace the current top model GTX Plus.

The teaser suggests that the automaker will introduce the Kia Sonet X Line variant with black components. It is expected to get a new grille and redesigned bumpers. For information, let us tell you that the X Line was showcased at the 2020 Auto Expo. Which gives a lot of information about its design. The fog lamp housing, front and rear skid plates, alloy wheels and side body cladding are also expected to be retained for the design. At the same time, according to the information received earlier, piano black finish tailgate garnish, rear skid plate, dual exhaust tailpipe and shark fin antenna will also be seen in the X Line.

How will the powertrain be?

Not much is known about the powertrain of the upcoming Kia Sonnet X line, but the engine is expected to remain unchanged. For information, let us tell you that the Kia Sonnet in India comes with a total of four engine options. In which the first is a 1.2-liter petrol engine, which is capable of generating 81.8hp power and 115Nm torque. Second, there is a 1.0 liter turbo petrol engine, this engine is capable of generating 118bhp power and 172Nm peak torque. At the same time, customers get a diesel engine as a third option. The Kia Sonet is mated to an automatic or manual gearbox for transmission.

What will be the top features?

What will be the price?

Talking about the price, at present, the price of the top model of Kia Sonet is Rs 13.79 lakh (ex-showroom). Therefore, it is believed that the price of this upcoming X line variant can also be around this. It is expected that by next year it can be seen roaming the streets of India.