Kia Seltos Facelift: All you need to know about! 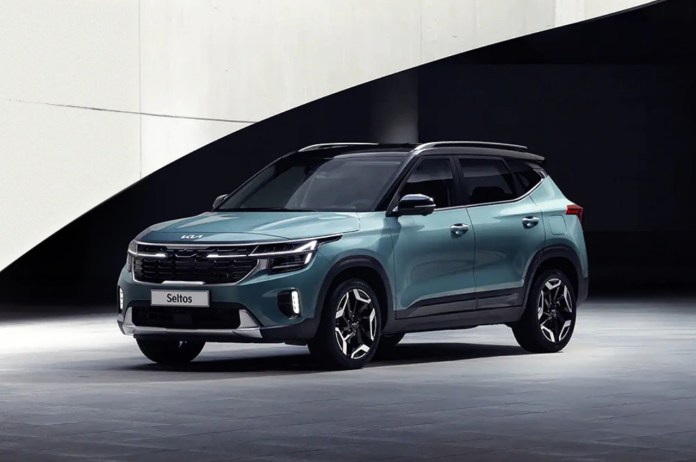 New Delhi: South Korean automaker Kia Motors has introduced its popular mid-size SUV Seltos in the facelift version. A lot of changes have been made in this car, in which a lot of new things will be seen in the interior and exterior as compared to the existing variants of this car. The car has now been given a new sporty look. In India, this car will give a tough competition to the best selling mid-size SUV in this segment, Hyundai Creta. Along with this, this car will also compete with Skoda Kushaq, Volkswagen Tigun, Maruti Grand Vitara in the Indian market. This new car has just been introduced at the US Auto Show. This car can come in India in 2023.

Talking about the design of this car, it will get new design headlamps, new angular design LED DRL lights, a big ‘tiger nose’ grille at the front. Along with this, new alloy wheels will also be seen in it. It also gets new LED taillights at the rear. This car has been prepared in the new Pluton Blue paint scheme.

How is the interior and engine

The cabin of the new Seltos facelift will get a 10.25-inch infotainment touchscreen and a 10.25-inch ‘panoramic’ instrument cluster. According to Kia, a new X-Line trim of this car will also be brought. In the US market, this car has been introduced with a 1.6-litre T-GDi turbocharged petrol engine, which can produce 195 hp power.

When will it come to India?

The new Kia Seltos facelift may knock in the Indian market next year. It is also expected to arrive in India similar to the US model. The car could get the same 1.5-litre NA petrol, 1.5-litre diesel, and a 1.4-litre turbo petrol engine as the current model. This car is also likely to get ADAS along with connected features.