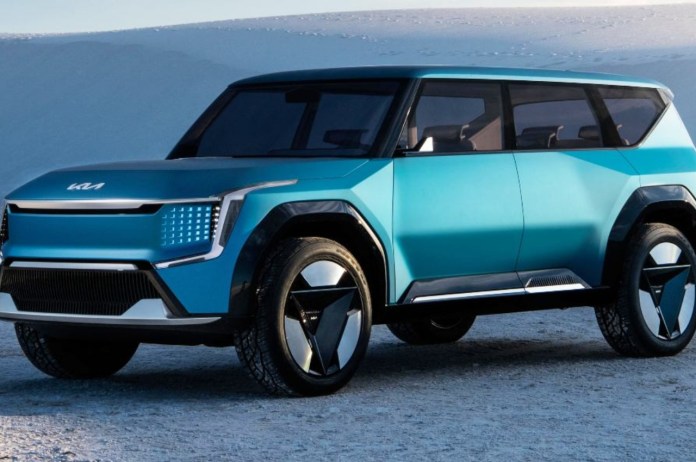 New Delhi: Vehicle manufacturer Kia, along with teasing its concept electric car EV9, has also confirmed the car’s participation in the Auto Expo to be held in January 2023. The company has earlier launched its electric car Kia EV6 in the market. We are going to give detailed information about what will be seen in this car.

Talking about the features found in the EV9 concept electric SUV, it has a spoke equipped flat bottom steering wheel, twin screen infotainment system, full digital dashboard, ambient lighting, captain seat in second row and fully adjustable seats in the front. Apart from this, features like over the air software update and features on demand can also be seen.

A powerful battery pack with a capacity of 77.4 kWh can be seen in this Kia electric car. Apart from this, the option of home charger and fast charging will be given together. On charging with a fast charger, the battery of this car can be charged from 10 to 80 percent in just 20 minutes. This electric car will be able to give a range of 450 to 500 km on full charge and its top speed can be from 150 to 200 kmph.

Kia’s upcoming concept electric car, the EV9, could compete with the likes of the Mercedes-Benz EQS and EQE SUVs in the Indian auto market, as well as the Hyundai Ioniq 7.