The much-anticipated Ferrari Purosangue (Italian for thoroughbred) breaks cover on what Ferrari claims is its first four-seater four-door model. 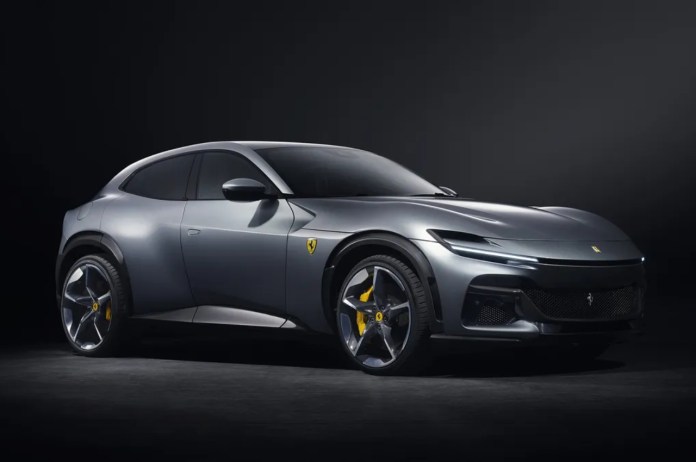 New Delhi: The much-anticipated Ferrari Purosangue (Italian for thoroughbred) breaks cover on what Ferrari claims is its first four-seater four-door model. Although it will compete in the same segment as the Lamborghini Urus and Bentley Bentayga, the Italian sports car maker is holding back on calling it a Ferrari Purosangue SUV.

Ferrari claims the Purosangue’s front-engine, rear-gearbox arrangement gives the vehicle a 49:51 weight distribution, one of the many features that make the Ferrari Purosangue stand out from SUVs in this segment.

The new Ferrari Purosangue can be classified as a sports car on stilts rather than an SUV, and the exterior design of the Purosangue cleverly hides aerodynamic aids, similar to other Ferraris.

The Ferrari Purosangue includes a 6.5-liter naturally aspirated V12 that produces 715 horsepower and 716 Nm of torque.

The V12 powers all four wheels via a 2-speed front gearbox and an 8-speed dual-clutch transmission at the rear, helping the Ferrari Purosangue accelerate from 0-100 km/h in 3.3 seconds and reach a top speed of 310 km/h.

Carbon ceramic disc brakes at all four corners help the car bring down speed effectively. Ferrari claims that the new 8-speed transmission has been improved over the older 7-speed DCT, and the downshifts are tuned to “accentuate the sound of the V12′”. .

Some highlights to talk about are the tailgate for starters. The rear doors of the car is powered and are also rear hinged. The rear of the car has two separate passenger seats that are adjustable and also offers 373 liters of luggage space.

Deliveries of the car in Europe will begin in the first half of 2023. The deliveries in India could take place in late 2023.

The company says it has seen huge interest in Purosangue and Ferrari will not exceed 20 percent of its total production. It is expected to be priced at over Rs 6 crore, ex-showroom.