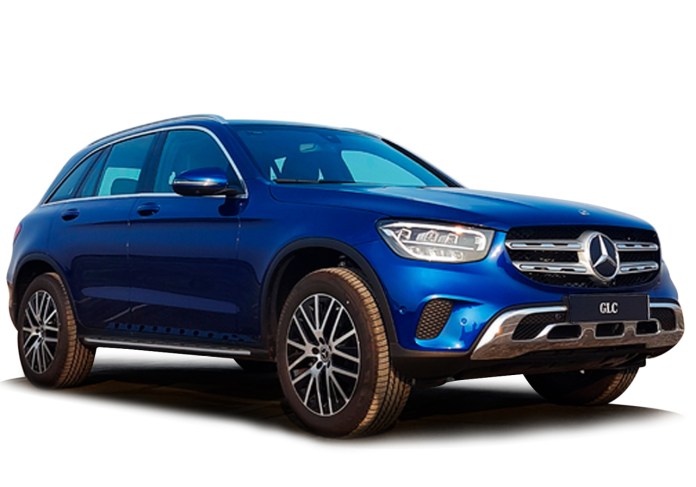 New Delhi: Former Tata Group chairman Cyrus Mistry’s tragic accident has once again raised concerns about road safety in India. There were four passengers in the luxury car who were involved in the accident, with the front passenger surviving with injuries and the two rear seat passengers dying on the spot.

The accident happened about 110 km from Mumbai on the Surya River Bridge when the Mercedes-Benz GLC SUV they were in hit a divider.

The GLC, which comes in 220d 4Matic and 300 4Matic, has the highest safety rating with 5 stars in the tougher Euro NCAP tests.

This is due to many safety features, several airbags and a hood system that adapts more to the impact. There is also the Pre-safe system, which anticipates a collision and tightens the seat belts, headrest adjustment and more.

In addition to airbags, the GLC also has a knee bag that protects passengers from contact with the steering column in the event of an accident. In total, the GLC has seven airbags.

Regarding the accident, airbags are said to have deployed, while a preliminary probe concluded that the driver appeared to have lost control. It is recommended that rear seat passengers use seat belts as this could play a major role in saving their lives in the event of an accident.

Road safety continues to be an issue with more than 1.55 million lives lost in road accidents last year and more than 4 million injured. Overtaking, dangerous driving and speeding are major contributors to this.

Prima facie, the luxury car driven by gynecologist Anahita Pandole from Mumbai was speeding. After crossing the Charoti checkpost in Palghar district, 120 km from Mumbai. It covered a distance of 20 km in just 9 minutes, police said.

The car hit the bulkhead on the Surya river bridge, killing Mistry (54) and Jahangir Pandole on the spot.

“According to preliminary investigation, speeding and error in judgment caused the accident. Both the deceased were not wearing seat belts,” news agency PTI reported.

An eyewitness said a woman was driving the car and tried to pass another vehicle from the left, lost control and hit the divider.

According to news agency ANI, the last rites of the former Tata Sons chairman will be performed tomorrow at 10 am at the Worli crematorium in Mumbai.