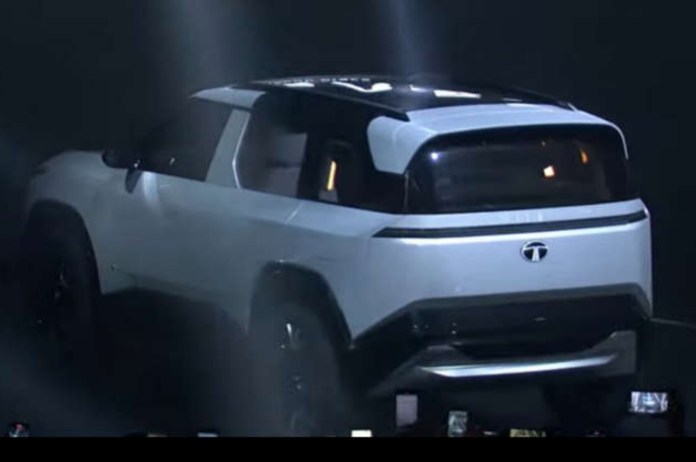 Tata Electric SUV Cars: Tata Motors is working towards the goal of major changes in its cars for the coming times. A glimpse of which was seen at the Auto Expo. Tata is looking to expand into the premium electric SUV space to give tough competition to other automakers in terms of EV cars.

Tata’s premium SUV Sierra has been introduced with a boxy look. At the same time, four doors have been given in it. Its exterior design gives a concept look to this SUV. Tata will present its electric SUV Sierra as its flagship electric SUV.

Another big offering from Tata at the Auto Expo 2023, was the Tata Harrier Electric SUV. However, the way Tata is presenting its cars in electric variants. Looking at that, the arrival of its electric variant was already being expected. Because its platform is ready, the company can produce it quickly. The Harrier Electric SUV has a dual motor layout with all wheel drive. While it is not available in the diesel Harrier.

The elements of the electric car have been used in the Harrier Electric. Which includes front bumper look and new alloy wheels. While its cabin has a much bigger screen than the current Harrier. We expect the Harrier EV to arrive first. While Sierra EV can be launched later.

With both these electric SUVs, Tata Motors is targeting the premium EV segment. So that Tata Auto can further increase its share in the market. Both these SUVs of Tata will be given premium EV technology features along with all wheel drive. But the big question is whether Tata will replace these two SUVs along with the existing diesel SUV line-up.

However, it is clear that Tata Motors stole the limelight at the Auto Expo with its multiple launches. Because Tata was ahead of the rest of the vehicle manufacturers in offering new vehicles at the Auto Expo.