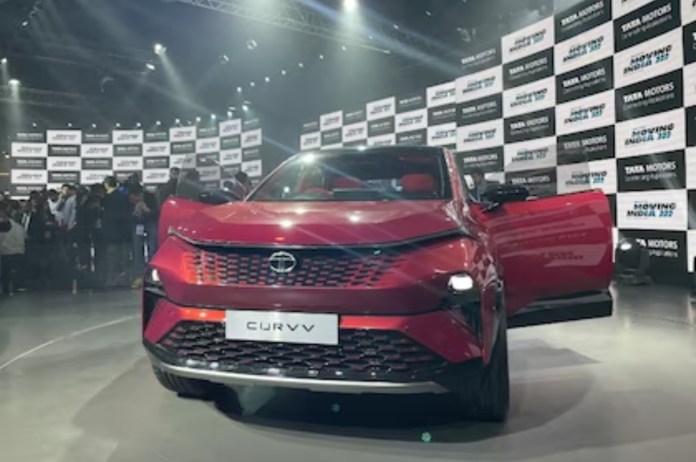 New Delhi: Tata Motors introduced its stunning looking SUV car, Tata Curvv at the ongoing Auto Expo in the country. This Tata car can be seen in the market soon. Because the company has presented it in front of the media even once before. But, now it has been introduced with ICE engine with more preparation.

The Tata Curvv SUV has been retained by the company as a coupe concept. But the car (Tata Curvv ) still sports a futuristic design with SUV coupe-like styling. The big arches above the wheels and the straight shoulders make it a proper SUV. At the same time, there is a feeling of sporty design when looking at it from behind. The slim LED lamps are surrounded by a grille on all sides. While its raised sloping roofline at the rear gives it the feel of a sporty SUV.

The interiors of the Tata Curvv are similar to the electric variant, with a minimalist vibe and twin screen. Despite the sloping roofline, there is no dearth of space in the car. At the same time, this car will be included in the list of premium SUVs of Tata. The special thing is that this car will be placed above Tata’s current flagship car Tata Safari.

Being an SUV coupe, the overall design of the car is quite attractive. At the same time, a new turbo petrol will be given in this car. Which will serve as a base for the upcoming SUV cars. Tata will bring both these cars in 2024. In which both electric and petrol versions will be present.