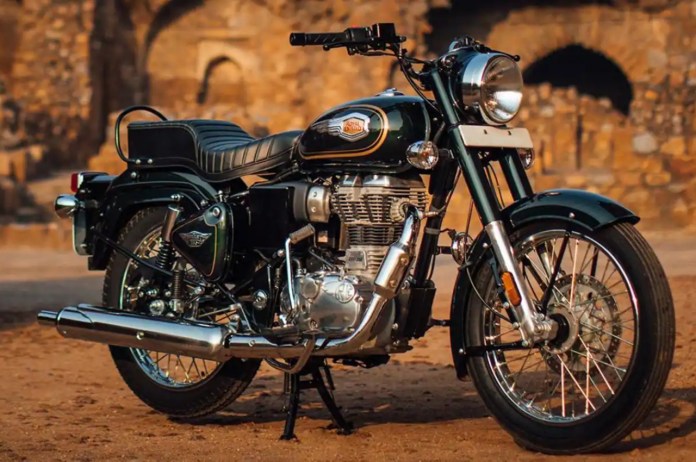 New Delhi: The new generation Royal Enfield Bullet 350 is surely one of the much awaited new bikes to hit the market next year. While its official launch date and details are yet to be revealed, the bike is likely to hit showrooms in early 2023.

So far we have seen several spy images and videos of the upcoming Royal Enfield Bullet 350 2023 as the model has been tested for a very long time. Major updates will be made to its base, engine and design.

For power, the new RE Bullet 350 will use a 346cc single-cylinder air-cooled engine borrowed from the Meteor. Mated to a 5-speed gearbox, the engine returns a claimed output of 20.2 bhp and 27 Nm. These numbers are likely to remain unchanged for the next-gen Bullet.

The bike will also draw its suspension and braking system from the RE Meteor 350. It will have conventional telescopic forks at the front and dual shock absorbers at the rear. Stopping power will come from front and rear disc and drum brakes. It will also be equipped with single-channel ABS. Read – 6 Upcoming Bikes of Royal Enfield in India

Noticeable updates will also be made to its design. The new 2023 Royal Enfield Bullet 350 will get a chrome treatment around the headlamp, wing mirrors and tail lamp. There will be a new one-piece seat, which is expected to offer better lumbar support.

The new 2023 Royal Enfield Bullet 350 is expected to be priced slightly higher than the current model, thanks to the new platform, engine and design changes. The current generation model is available at a starting price of Rs 1,77,612, on-road Delhi.