Woman gets operation for ovary, Doctors leave blade in stomach 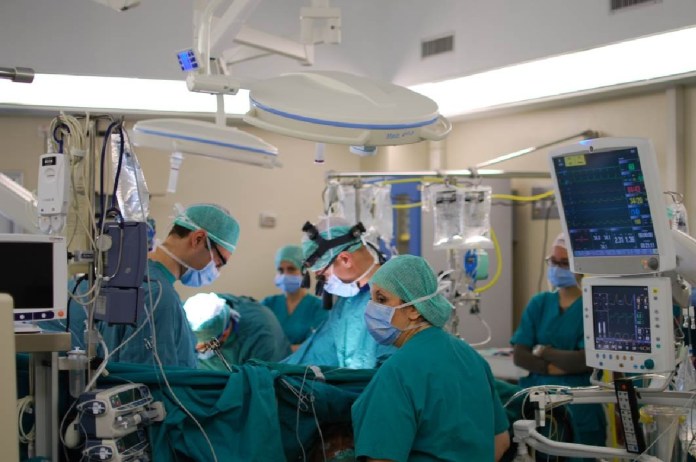 New Delhi: A few days after having operation regading her problem in Ovary, a woman felt some movement in her stomach. After which, doctors conducted another operation to find a a piece of blade.

As per media reports, the object was left in her stomach during the last operation when doctor had treated her for ovary problem.

According to Metro UK, the matter is of East London, UK. The 49-year-old woman told that after the operation there was movement in the stomach, then she got the test done again.

This blade was used by the surgeons in the operation. According to a report, many incidents of leaving something in the patient’s stomach during surgery in Britain have already happened.

When I regained consciousness, I felt something in my stomach

Regarding this, the 49-year-old woman said- “When I regained consciousness, I felt something in my stomach. The blade that he used in the operation, its piece was left broken in the stomach itself. I had lost a lot of blood. I was in pain and crying.”

The woman said that part of the blade remained in her stomach for five days, due to which she had to spend an additional two weeks in the hospital. He underwent surgery again and the blade was taken out. The woman said – Seeing all this, I had lost hope of survival. I could no longer believe the surgeon.

However, this was not the first incident of scissors, blade or any other item being left in the stomach. It was told in a data that between 2021 and 2022, there were 291 cases of accidentally leaving body goods in Britain.