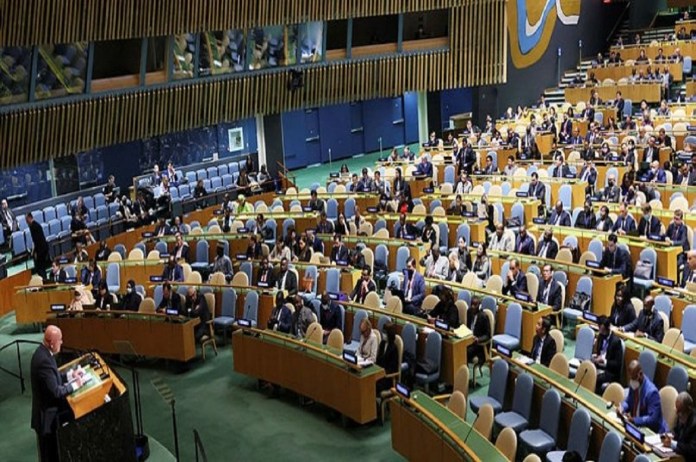 In the 193-member General Assembly 143 countries supported the resolution while 35 states – including China and India – abstained.

Moscow in September proclaimed its annexation of four regions that were earlier part of Ukraine.

“People have made their choice and this choice is beyond any doubt. Today we are going to sign the treaties on admitting the Donetsk People’s Republic, Lugansk People’s Republic, Zaporozhye region and Kherson region,” Russian President Vladimir Putin said in the ceremony on September 30.

The UN resolution comes days after Russia vetoed a similar proposal in the Security Council, in which India had abstained.

This week saw heightened tension between Russia and Ukraine after the Crimea bridge blast, which prompted missile strikes on major Ukraine cities from Moscow.

UN chief Antonio Guterres condemned Russia’s action and said he was deeply shocked and represented “another unacceptable escalation” of the war.