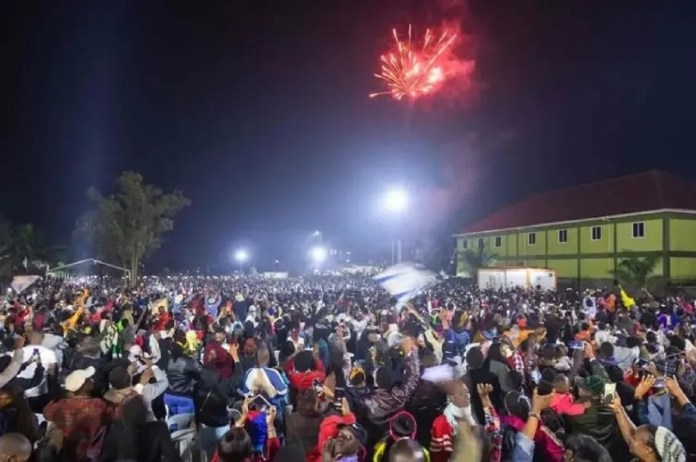 Kampala: At least nine people were killed, including children, and several others injured in a New Year stampede in Uganda’s capital, Kampala, police said on Sunday.

The stampede happened at the Freedom City Mall in Namasuba suburb as revelers rushed to watch fireworks.

According to police, the incident involved several juveniles who were attending a music show. “It is alleged that the incident occurred at midnight when the event’s Master of Ceremonies encouraged attendees to go outside and watch the fireworks display,” police said, as reported by Sputnik news agency.

“After the display ended, a stampede ensued, resulting in the instant deaths of five people and injuries to several others,” police said, adding that four others were confirmed dead after the injured were rushed to hospital.

“Emergency responders arrived on the scene and transported the injured individuals to the hospital,” police said.

The police said the bodies had been taken to the city mortuary in Mulago.

The shopping mall is a popular venue for music concerts and new year celebrations.