The storm brought ferocious winds and record rainfall to the west of the country causing transport disruptions and forcing manufacturers to suspend operations. 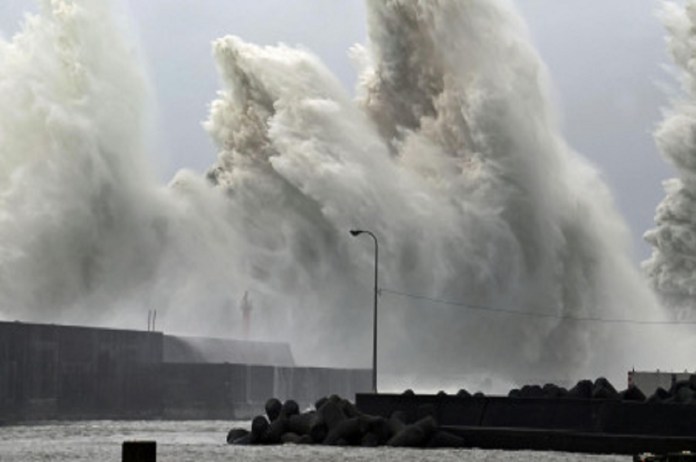 Tokyo: At least two people were killed and 90 others injured in Japan after one of the biggest storms ‘Typhoon Nanmadol’ hit the country on Monday.

The storm brought ferocious winds and record rainfall to the west of the country causing transport disruptions and forcing manufacturers to suspend operations, reports said.

Nine million people have been told to evacuate, and more than 350,000 homes are without power.

Nanmadol made landfall near Kagoshima city late on Sunday before battering the wes­t­ern island of Kyushu and roaring onto the main island of Honshu on Monday morning.

Typhoon Nanmadol is wreaking havoc on Japan. Take a look at the flooding of the Miyagawa River in the Mie Prefecture of Japan: pic.twitter.com/znHO4scdAv

Prime Minister Fumio Kishida delayed his departure to New York for the UN Gen­eral Assembly this week to assess the damage from Japan’s 14th typhoon of the season.

“I postponed my scheduled departure from today to take stock of the damage caused by the typhoon and to take all possible measures for recovery,” Kishida told reporters on Monday evening, adding that he would leave on Tuesday morning if conditions permit.

State broadcaster NHK said one man was killed when his car was submerged in flooding, and another died after being buried in a landslide. One more person remains missing, and reports say 87 others have been injured.

The super typhoon brought gusts of up to 234km/h (145mph), destroying homes, and disrupting transport and businesses. It is equivalent to a category four or five hurricane.

The capital, Tokyo, experienced heavy rain with bullet train services, ferries, and hundreds of flights being cancelled with shops and business shut.