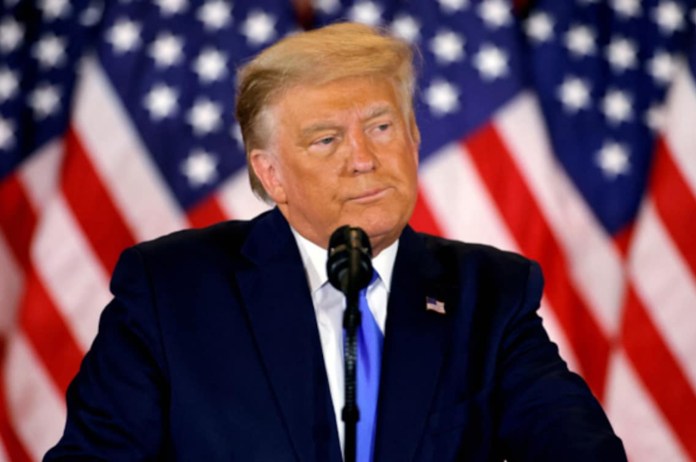 New Delhi: The former president charged Biden with using the FBI against him in front of thousands of fans in Wilkes-Barre, Pennsylvania.

According to Trump, the raid was “one of the most horrific abuses of authority by any administration in American history.”

He was there to support two Republicans running for office.

Dr. Mehmet Oz is a candidate for the US Senate, and state senator Doug Mastriano is vying to be the next governor of Pennsylvania.

As usual, both speakers spoke relatively briefly because the gathering on Saturday night actually solely focused on the main attraction.

During the first hour and a half of his nearly two-hour speech, Trump, 76, criticised the FBI’s investigation. He then turned to more established topics, including his erroneous claims that the 2020 election was rigged against him, criticism of Democratic Party rivals, and pledges to “save our country.”

He advocated several times for the death sentence to be applied to narcotics dealers.

Here are the four most important details regarding Donald Trump’s event.

A legal dispute between the former president and federal authorities is ongoing around a collection of secret documents that the FBI seized last month.

The Mar-a-Lago club in Florida is where Trump is said to have inappropriately taken and retained White House documents, including some designated “top secret.”

He may have impeded the investigation into his possession of the materials, according to federal authorities.

In the past, Trump has characterised inquiries into and criticism of him as “witch hunts,” and this time was no different.

He launched his attack by referring to the FBI’s investigation as “the travesty” of “the horrible raid and break-in on my home in Mar-a-Lago.”

By portraying himself and his supporters as political outcasts and targets of persecution, the former president has long gained popularity.

Trump claimed that his followers’ political angst was related to his own legal issues, saying “We are being assaulted… by the FBI and DOJ.”

“It was not just my home that was raided… it was the hopes and dreams of every citizen who I’ve been fighting for since the moment I came down the golden escalator in 2015, wanting to represent the people,” he said, drawing boos from the crowd.