Taliban bans women from working in NGOs in Afghanistan 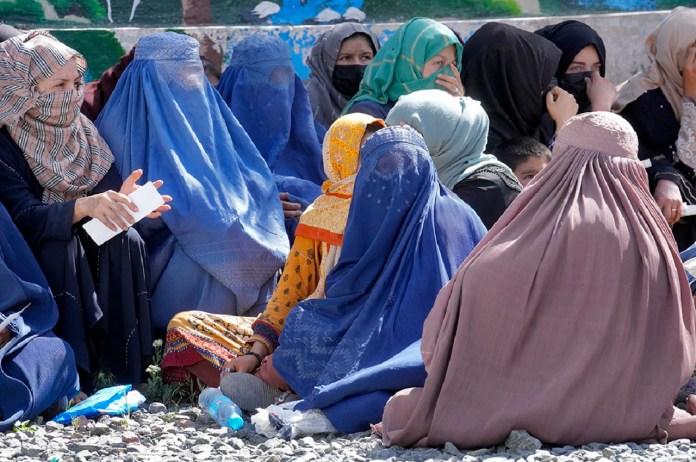 Kabul: In the latest crackdown on women’s freedom, Afghanistan’s Taliban-run administration on Saturday ordered all local and foreign non-governmental organisations (NGO) to stop female employees from coming to work, according to an economy ministry letter.

The letter, confirmed by economy ministry spokesperson Abdulrahman Habib, said the female employees were not allowed to work until further notice because some had not adhered to the administration’s interpretation of Islamic dresscode for women, as reported by Reuters.

It comes days after the Taliban ordered universities to close to women, prompting strong global condemnation and sparking some protests and heavy criticism inside Afghanistan.

It was not immediately clear how the order would affect United Nations agencies, which have a large presence in Afghanistan delivering services amid the country’s humanitarian crisis.

When asked whether the rules included U.N. agencies, Habib said the letter applied to organisations under Afghanistan’s coordinating body for humanitarian organisations, known as ACBAR. That body does not include the United Nations, but includes over 180 local and international NGOs.

Taliban, recently, announced that women would be banned from the universities across the country.

On Wednesday, the UN mission in Afghanistan expressed the outrage of millions of Afghans and the international community over the decision by the Islamic regime and called on the de facto authorities to revoke the decision immediately.

In a statement, the UN mission said “the UN and its humanitarian partners also urged the de facto authorities to reopen girls’ schools beyond the sixth grade and end all measures preventing women and girls from participating fully in daily public life,” the United Nations Assistance Mission in Afghanistan (UNAMA) said.

“Banning women from attending university is a continuation of the systematic policies of targeted discrimination put in place by the Taliban against women,” the UNAMA statement read.

The decision also received widespread international condemnation, including from Muslim-majority countries such as Saudi Arabia, Turkey and Qatar.

Turkish Foreign Minister Mevlut Cavusoglu said Thursday that the ban was “neither Islamic nor humane.”

The Saudi foreign ministry expressed “astonishment and regret” at Afghan women being denied a university education. In a statement late Wednesday, the ministry said the decision was “astonishing in all Islamic countries.”

In a tweet, the UK PM wrote, “As a father to daughters, I cannot imagine a world in which they’re denied an education. The women of Afghanistan have so much to offer. Denying them access to university is a grave step backwards. The world is watching. We will judge the Taliban by their actions.”