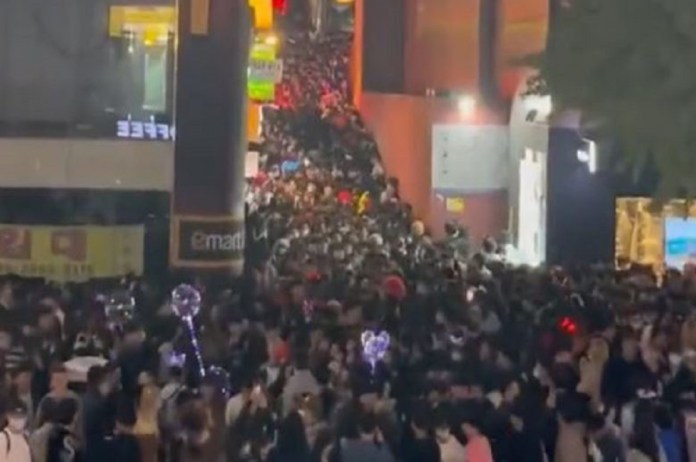 Seoul: Dozens of people suffered a cardiac arrest after being crushed by a large crowd pushing forward on a narrow street during Halloween festivities in the capital Seoul, media reports quote South Korea officials as saying.

About 50 people have been receiving CPR after suffering from cardiac arrest in Seoul’s Itaewon area in an apparent connection with a Halloween party, fire authorities said, reports news agency Yonhap.

🚨#UPDATE: Footage from the stampede in #Seoul, #SouthKorea pic.twitter.com/xVSlg7aaw2

Emergency officials received at least 81 calls from people in Itaewon saying they were having difficulty breathing, they said.

Over 400 emergency workers from across the country have been deployed to the capital to help treat those who were injured.

He also instructed the Health Ministry to swiftly deploy disaster medical assistance teams and secure beds in nearby hospital to treat the injured. Local media said around 100,000 people flocked to Itaewon streets for the Halloween festivities, which were the biggest in years following the easing of COVID-19 restrictions in recent months.

Meanwhile, Seoul Mayor Oh Se-hoon, who is on a visit to Europe, decided to return home in the wake of the accident, city officials said.