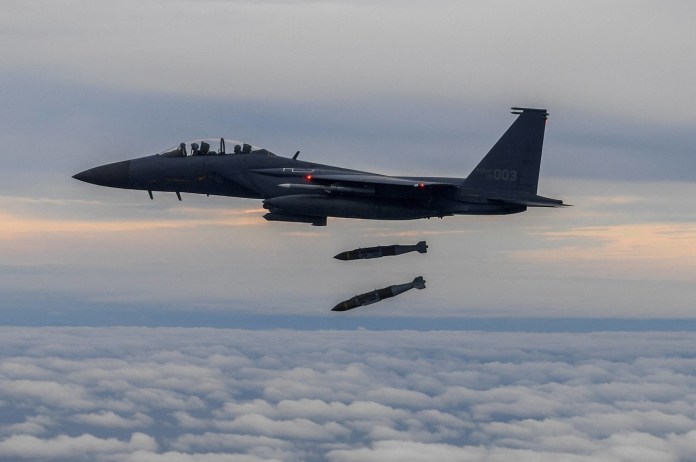 Seoul: Amid firing of ballistic missiles from North Korea, South Korea and the United States have agreed to extend their large-scale joint air exercise by another day Seoul’s defense minister said Thursday following his talks with the Pentagon chief, reports Yonhap news agency.

After N Korea’s provocation, the joint military deal – which was scheduled to conclude on Friday – extended by another day.

The allies were scheduled to end the five-day Vigilant Storm practice on Friday, with around 240 aircraft, including F-35 stealth fighter jets, mobilized around the Korean Peninsula.

But they decided to extend it in response to North Korea’s firing of an intercontinental ballistic missile (ICBM) on Thursday (Seoul time), the report said.

Following his talks with Secretary of Defense Lloyd Austin in Washington, South Korean Defense Minister Lee Jong-sup said the drills would be stretched by a day at his direct request to the secretary.

He pointed out the allies have staged such a combined air training every year. This year, however, the scale has become larger, he added.

Earlier on Thursday, it was reported that Pyongyang had fired an unknown ballistic missile on the Sea of Japan. Media reports had said that the missile is believed to be an intermediate- or long-range missile.

Irrevocable and awful mistake they made – N Korea

The North Korea, on Thursday night, fired three short-range ballistic missiles into the East Sea apparently in protest against the extension of the training.

The North accused the allies of pushing the regional security to an “uncontrollable” stage by extending the practice.

“It is a very dangerous and false choice,” Pak Jong-chon, secretary of the Central Committee of the ruling Workers’ Party, said in an English-language statement carried by the Korean Central News Agency.