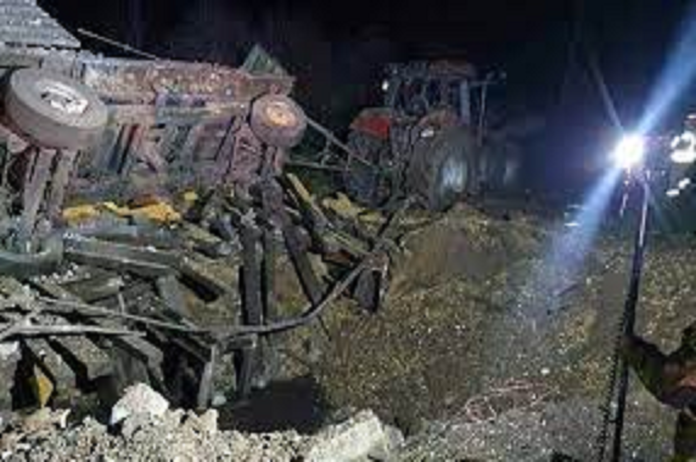 Warsaw (Poland): A Russian-made missile fell in the Polish village of Przewodów, near the border with Ukraine, on Tuesday afternoon local time, killing two Polish residents, according to a statement from Poland’s foreign ministry. According to the statement, Polish Foreign Affairs Minister Zbigniew Rau summoned the Russian Foreign Minister “and demanded an immediate and full explanation.”

Poland also stated that the incident occurred during “another hours-long, enormous shelling of the whole territory of Ukraine and its essential infrastructure by Russian Federation armed troops.”

On November 15, Polish media reported that two missiles had fallen on Polish territory in the Lubelskie province, which borders Ukraine. According to the Russian Defense Ministry, no strikes targeting the Ukrainian-Polish border zone have taken place.

The Russian Defense Ministry denied any involvement in the strikes. “No Russian means of destruction were used against targets along the Ukrainian-Polish state border,” it added in a statement.

Following the explosion in the country’s east near the Ukraine border, Polish President Andrzej Duda spoke with both US President Joe Biden and British Prime Minister Rishi Sunak.

“President Joseph R. Biden, Jr. talked with Polish President Andrzej Duda earlier this evening and conveyed heartfelt sympathies for the loss of life in Eastern Poland. President Duda summarised Poland’s ongoing investigation into the incident that occurred near the country’s border with Ukraine “In a statement, the White House said

Biden emphasised the US’ unwavering support for and aid with Poland’s probe, as well as its unwavering commitment to NATO.

In a tweet, British Prime Minister Sunak underlined the UK’s solidarity with Poland and expressed sorrow to the victims. He also stated that the United Kingdom will maintain constant contact and coordination with its NATO allies.