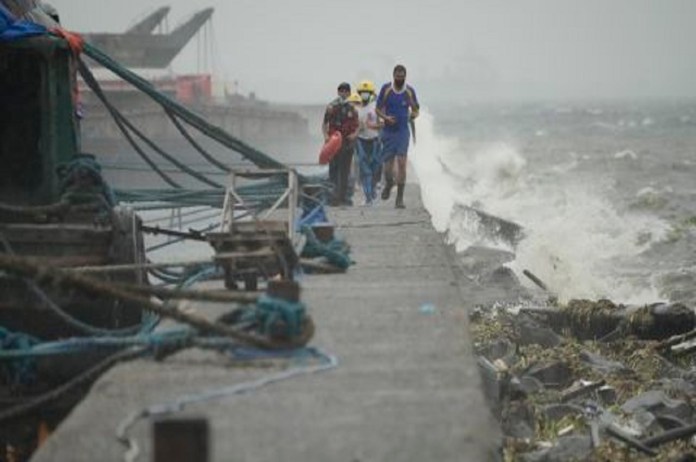 Manila: A powerful typhoon hit the northern Philippines on Sunday and was barrelling across the main Luzon island toward the capital in a densely populated path.

Much of the Philippines is on high alert as a super typhoon ‘Noru’ hit the coastal town of Burdeos on Polillo Island in Quezon province shortly before nightfall, international agencies reported.

Typhoon Noru became a super typhoon “after a period of explosive intensification”, with sustained winds increasing to 195km/h (121 mph) on Sunday morning from 120km/h (74.5 mph) on Saturday evening, the disaster agency said in an advisory.

The strongest storm to hit the country this year is expected to continue strengthening as it makes landfall about 80km north-east of the sprawling capital, Manila.

Typhoon #NORU is now approaching the Philippines, with wind gusts up to 140mph / 220 kmh

Thousands of villagers were evacuated – some forcibly – from the typhoon’s path, as well as from mountainside villages prone to landslides and flash floods, reports news agency AP.

In Quezon Province, east of Manila, fishermen have been prevented from heading to sea, and there were reports of some areas being without power.

Flights and ferry services have been cancelled. On Luzon – the most populous island – all government work and school classes was also cancelled.

Schools in multiple cities including Muntinlupa City and Aurora suspended classes for Monday, September 26, due to the approaching storm.

According to reports, Noru comes nine months after another super typhoon devastated swathes of the country, killing more than 400 people and leaving hundreds of thousands homeless.