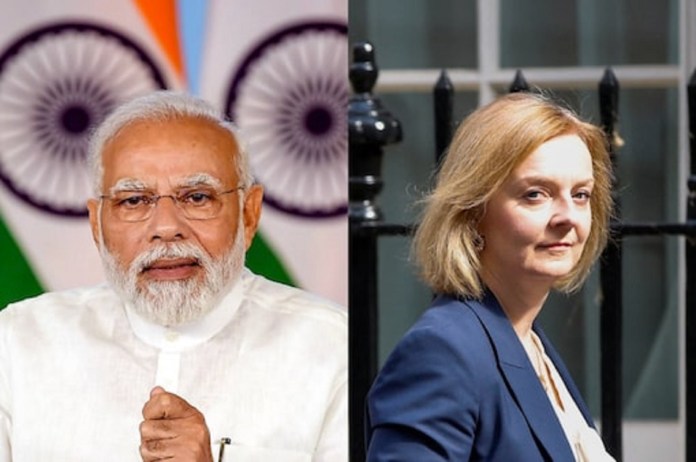 In their first call since Truss assumed office earlier this week, PM Modi congratulated her for making it to the top post.

“PM Modi congratulated PM Truss on assuming the office of the Prime Minister of the UK. He also appreciated her contributions to the India-UK bilateral relationship in her previous roles as Trade Secretary and Foreign Secretary,” Prime Minister’s Office said in a statement.

Both leaders committed to further strengthen the Comprehensive Strategic Partnership between India and UK, the statement added.

“The two leaders discussed various issues of bilateral interest including the progress in the implementation of the Roadmap 2030, ongoing FTA negotiations, defence & security cooperation, and the people-to-people ties between both countries.”

On behalf of the people of India, Prime Minister Modi conveyed deep condolences to the Royal family and the people of UK on the sad demise of Her Majesty Queen Elizabeth II, the statement added.

“The leaders acknowledged the grief felt by the many people of the UK and India, and paid tribute to Her Majesty The Queen’s lifetime of service,” Downing Street stated. “The two agreed on the vital importance of the UK-India relationship and looked forward to meeting in person in the near future.”