The massive floods affected more than 33 million people and submerged one-third of the country with hundreds and thousands forced to leave their homes. 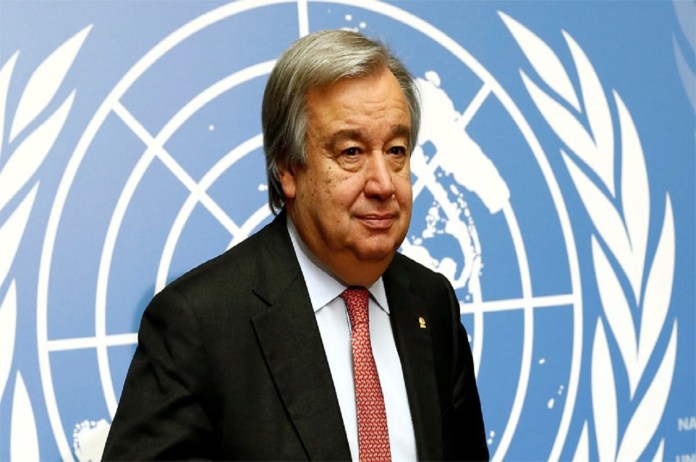 Islamabad: United Nations (UN) Secretary-General Antonio Guterres said on Friday that initial estimates of the losses caused due to heavy rains and flood in Pakistan are around $30 billion.

Guterres, who is visiting Pakistan on a two-day solidarity visit, has called for “massive” international support for flood-ravaged Pakistan. The massive floods affected more than 33 million people and submerged one-third of the country with hundreds and thousands forced to leave their homes.

Pakistan suffers—yet has done almost nothing to contribute to climate change.

I urge countries to generously support the humanitarian response, recovery & reconstruction as a matter of solidarity & justice. pic.twitter.com/iK1kEZSAaq

The Pakistani government says the lives of nearly 33 million people have been disrupted. Both the government and Guterres have blamed the flooding on climate change.

“I call on the international community that Pakistan needs massive financial support, as according to initial estimates the losses are around $30 billion”, Guterres told a joint news conference in the capital Islamabad, after meeting with Prime Minister Shehbaz Sharif.

“There is an obligation of the international community to massively support Pakistan in this situation and an obligation to take the need to drastically reduce the emissions seriously, and at the same time, support countries that need to invest in resilience and recovery […],” the UN Chief said.

Guterres also said that there was “no memory of anything similar to what has happened with the impact of climate change in Pakistan” and added the number of losses and victims was appalling.

Pakistan and other developing countries are paying a horrific price for the intransigence of big emitters that continue to bet on fossil fuels, Guterres said in a tweet.

From Islamabad, I am issuing a global appeal: Stop the madness.Invest in renewable energy now. End the war with nature, he added.

Pakistan and other developing countries are paying a horrific price for the intransigence of big emitters that continue to bet on fossil fuels.

From Islamabad, I am issuing a global appeal:

End the war with nature. pic.twitter.com/P0jtVikv1r

According to the report, Pakistan expects to cut its GDP growth projection for the financial year 2022-2023 to 3% from 5% due to the losses, planning minister Ahsan Iqbal told an earlier news conference.