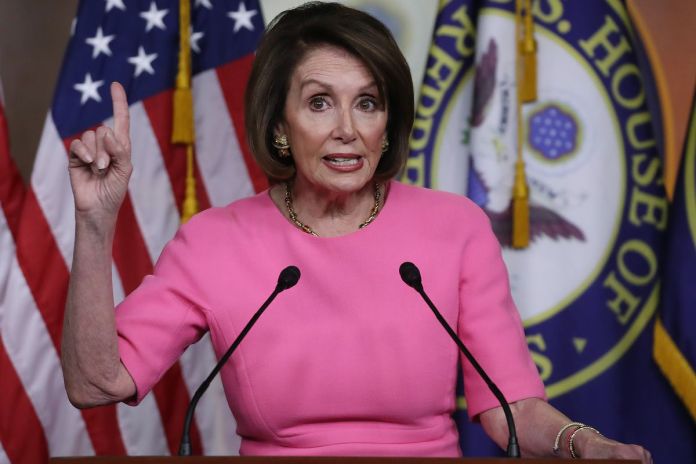 Share
Facebook
Twitter
Pinterest
WhatsApp
New Delhi: As she began her Asian visit on Monday, US House Speaker Nancy Pelosi met with officials in Singapore amid speculation of a potential stop in Taiwan, which has heightened tensions with Beijing.
According to the foreign ministry, Pelosi met with Singapore’s president Halimah Yacob, prime minister Lee Hsien Loong, and other cabinet officials.
According to a statement from the ministry, Lee commended the US commitment to a strong partnership with the area. The two sides also talked about measures to strengthen US economic ties through programmes like the Indo-Pacific Economic Framework.

According to the report, Lee and Pelosi also spoke about the conflict in Ukraine, tensions between Taiwan and mainland China, and climate change.
According to the source, Pelosi may travel to Taiwan. Lee “highlighted the need of stable US-China relations for regional peace and security,” it continued.
The COVID-19 epidemic, climate change, security, and “democratic governance” will be the topics of Pelosi’s visits to Singapore, Malaysia, South Korea, and Japan, according to a statement she released over the weekend.

She declined to confirm news reports that she could travel to Taiwan, which Beijing claims as its own. In a phone discussion with US President Joe Biden last week, Chinese President Xi Jinping issued a warning against interfering with Beijing’s relations with the island.

In Beijing, Chinese Foreign Ministry spokesperson Zhao Lijian reiterated the earlier warnings on Monday, saying “there will be serious consequences if she insists on making the visit.”

He did not spell out any specific consequences. “We are fully prepared for any eventuality,” he said. “The People’s Liberation Army will never sit by idly. China will take strong and resolute measures to safeguard its sovereignty and territorial integrity.”

Later on Monday, Pelosi was scheduled to attend a cocktail party with the American Chamber of Commerce in Singapore.
Her visit, which has been closely guarded-secret, will not be covered by the media.
On Tuesday, she is expected in Malaysia. Pelosi will speak with Azhar Azizan Harun, the lower house speaker of Malaysia, according to a parliament official who declined to give his or her identity because they were not permitted to speak to the media.
There were no other details available right away.
Also Read :-Ukrainian grain shipment leaves Odessa port, first time since Russian invasion
Pelosi will meet with Kim Jin Pyo, speaker of the South Korean National Assembly, on Thursday in Seoul to discuss climate change, economic cooperation, and security in the Indo-Pacific area, according to a statement from Kim’s office.
It declined to give any other information on her travel plans, such as when she will arrive in South Korea and how long she will stay.
Pelosi’s plans for Wednesday are still unknown, and it is not known when she will travel to Japan.