The man attempted to shoot Kirchner at point blank range, however no bullet was fired and the man was quickly taken into custody by her security officers. 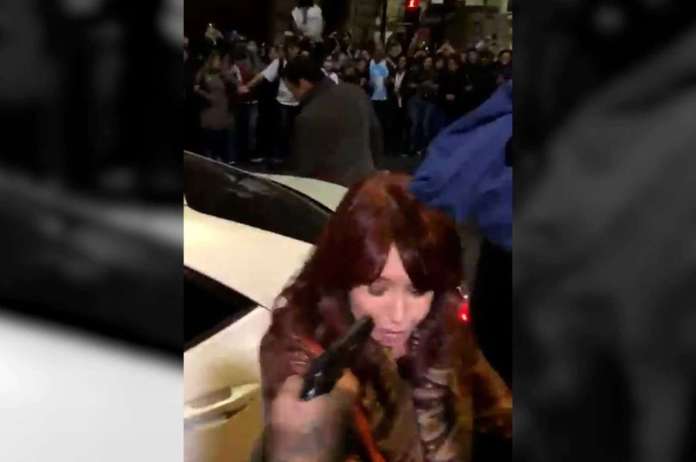 Buenos Aires, Argentina: A man has been detained after attempting to shoot Cristina Fernández de Kirchner, Argentina’s Vice-President and former President, outside her home on Thursday night.

The man attempted to shoot Kirchner at point blank range, however no bullet was fired and the man was quickly taken into custody by her security officers.

Following the incident, the country’s President Alberto Fernández in a national broadcast said that, “A man pointed a firearm at her head and pulled the trigger.”

The gun was loaded with five bullets but didn’t fire even though the trigger was pulled, he added.

Police identified the attacker as a 35-year-old Brazilian national, who has been taken into custody.

The vice-president, who is facing a trial for alleged acts of corruption during her 2007-2015 presidency, was returning from the court when she was shot.

If convicted she could also face 12 years in prison and a lifetime ban from politics.

“When hate and violence prevail over debate, societies are destroyed and situations like these arise: attempted assassination,” he said in a tweet.