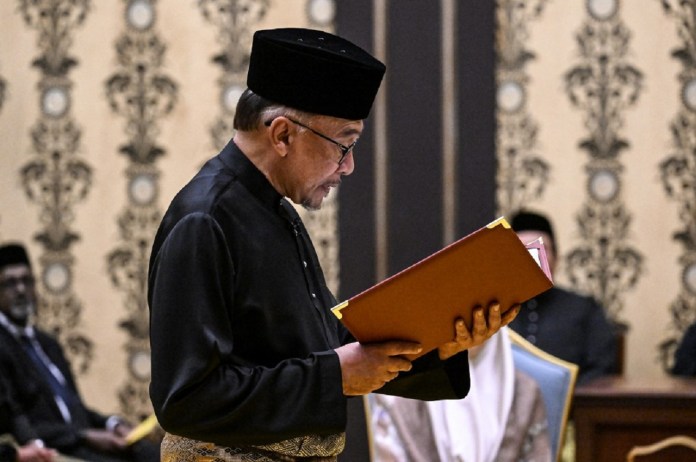 He was seen wearing traditional Malay clothes. The newly appointed PM pledged to serve the country and the people well before Malaysia’s King Sultan Abdullah Sultan Ahmad Shah at the National Palace.

The ceremony was attended by Anwar’s political allies.

The Palace announced that the decision was taken after the King held discussions with other rulers in a special meeting of the nation’s nine state monarchs.

As per Al Jazeera report, Anwar emerged victorious after smaller blocs agreed to back him to form a unity government.

The newly-appointed, however, faces a tall task of reviving an economy struggling with rising inflation and a currency that has fallen to its weakest point.

The 75-year-old served as deputy prime minister under former prime minister Mahathir Mohamad from 1993 to 1998 in the Barisan Nasional government (BN).

Following a falling out with Mahathir, Anwar later formed the People’s Justice Party, popularly known by its Malay-acronym PKR and subsequently contested in several national polls.

He had held the portfolios of culture, youth and sports, education, agriculture and finance during his political career in BN, as reported by Xinhua news agency.

PKR later formed the PH coalition with several other opposition parties, with the coalition winning the national polls in 2018, ending the long rule of BN which held power from the country’s independence until 2018.