Kim Jong goes all offensive, says ‘will use NUKES’ against US, S. Korea 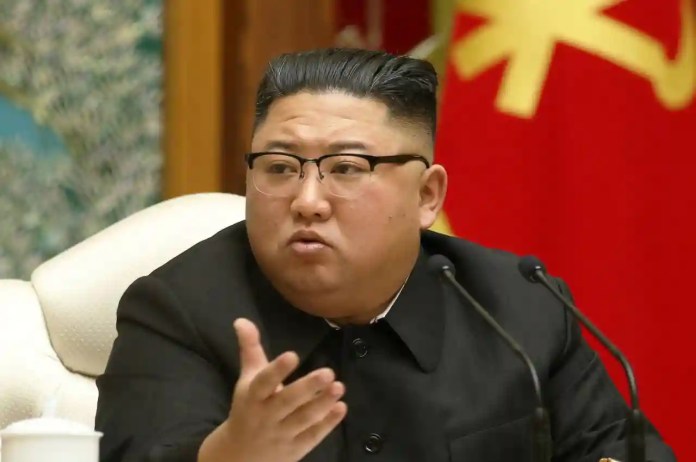 New Delhi: North Korea’s Kim Jong Un has warned that he is ready to use nuclear power if there is a military conflict with the United States and South Korea. Reportedly, he has unveiled a fierce rhetoric against the rivals who he blames for pushing the Korean peninsula into conditions that might evolve into war.

Kim Jong made the comment at an event which was organized to commemorate the 69th year of the end of 1950-53 war. He was there to boost the morale of the veterans currently employed in the security forces.

Kim Jong has a long history of threatening his rivals with the use of nukes. However, it is highly unlikely that he will be the first to use nuclear weapons against nations like the US that possess military enforcements far too superior that North Korea.

“Our armed forces are completely prepared to respond to any crisis, and our country’s nuclear war deterrent is also ready to mobilize its absolute power dutifully, exactly and swiftly in accordance with its mission,” Kim said in Wednesday’s speech, according to the official Korean Central News Agency.

Kim Jong Un further accused the United States for “demonizing” North Korea as a justification of its hostile policies. He pointed out the “double standards” and “gangster-like” approach that US uses. He said that North Korea’s routine military activity are tagged as provocations or threats.

He also attacked the new South Korean President Yoon Suk Yeol, saying that his government is being led by “confrontation maniacs” and “gangsters”. Following change of power, Seoul has taken steps towards the strengthening of its military alliance with Washington.

“Talking about military action against our nation, which possesses absolute weapons that they fear the most, is preposterous and is very dangerous suicidal action,” Kim said. “Such a dangerous attempt will be immediately punished by our powerful strength and the Yoon Suk Yeol government and his military will be annihilated.”