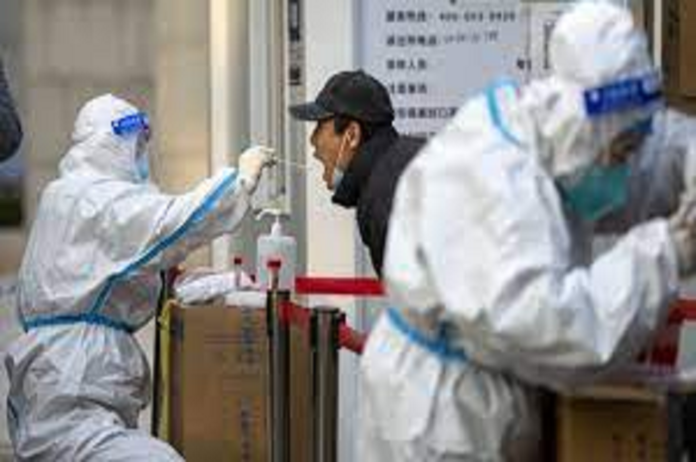 Tokyo: Amid rising number of Covid cases in China, the Japanese government has introduced mandatory testing of all travellers from mainland China, media reported on Tuesday.

The measure applies to travellers from mainland China and those who visited it within the past seven days. They are required to take a COVID-19 test upon their arrival in Japan. Those who test positive will be quarantined for seven days. This decision was announced by Japanese Prime Minister Fumio Kishida on Tuesday, the Kyodo news agency reported.

The government said it will restrict departures and arrivals of direct flights connecting Japan with mainland China, Hong Kong and Macau to four airports — Narita, Haneda, Kansai and Chubu — and is requesting airlines not to increase such flights.

“Concern has been growing in Japan as it is difficult to grasp the detailed situation” in China, Kishida said, citing a gap in the number of virus cases released by the government and the private sector.

China reacted sharply to Kishida’s announcement, saying the planned measure could stall the movement of people between the two countries.

“China believes that epidemic prevention measures should be scientific and moderate and should not affect normal personnel exchanges,” Foreign Ministry spokesman Wang Wenbin told a news conference in Beijing.

In November, China saw a record increase in local COVID-19 outbreaks. Due to the deterioration of the epidemiological situation, the authorities introduced partial lockdowns in some areas while also forcing their residents to undergo PCR testing on a daily basis. In particular, starting from November 24, restrictive measures were tightened in a number of China’s major cities, including Beijing and Shanghai.

Against this background, some Chinese cities — Shanghai, Beijing, Guangzhou, Wuhan, and others — were hit by mass protests. The rioters demanded the immediate lifting of lockdowns, the abolition of regular PCR testing, and the easing of COVID-19 restrictions.

Read More :-57 PEOPLE DIED ACROSS US DUE TO WINTER STORM; OVER 7,100 FLIGHTS DELAYED

On Friday, media reported that about 37 million people in China could have contracted COVID-19 on a single day last week, making the country’s outbreak the largest in the world to date. It was noted that up to 248 million people, or nearly 18% of the population, were likely to have contracted the coronavirus in the first 20 days of December.