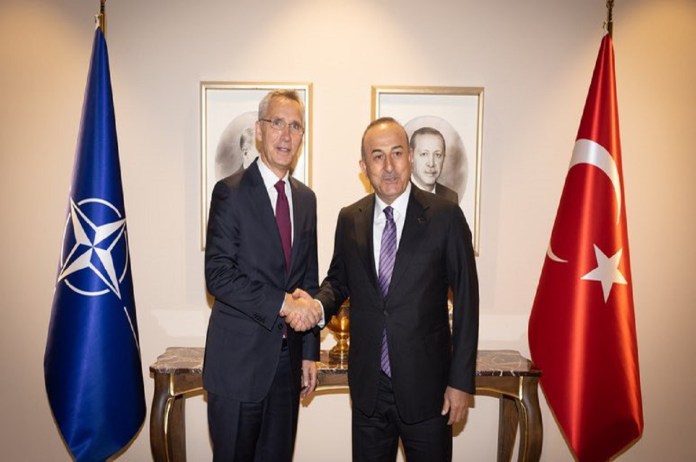 Istanbul: Sweden and Finland have fulfilled their obligations to Turkey and should be allowed entry into the North Atlantic Treaty Organization (NATO), NATO Secretary-General Jens Stoltenberg said on Thursday.

Finland and Sweden applied for the membership of the world’s biggest security alliance soon after Russian forces invaded Ukraine in late February.

“Their accession will make our alliance stronger and our people safer,” he added, noting Finland and Sweden are ready to work closer with Turkey to fight terrorism.

Turkey has been the only NATO member, which was explicitly opposed to Helsinki and Stockholm’s accession. Erdogan has accused the countries of harboring Kurdish militants classified as “terrorists” by Ankara.

Turkey has repeatedly maintained that Finland and Sweden must take “concrete steps” to ease its concerns, including signing criminal extradition protocols and lifting sanctions on Türkiye’s defense industry.

Stoltenberg aims to accelerate the ratification process by Turkey during his three-day visit, during which he will also hold meetings with Turkish President Recep Tayyip Erdogan and Defense Minister Hulusi Akar, the report said.

In reaction to NATO Chief’s concerns, Cavusoglu stated that the two Nordic countries have not fulfilled all their obligations and more steps are needed to be taken by them.

“Some steps were taken indeed…but it is impossible to state that they have been fully implemented by these two countries, he said, adding that it is not our intent to block (NATO’s) expansion, we just wan’t to see concrete steps.”

All 30 NATO member countries must officially ratify the accession protocol for Finland and Sweden to join the alliance. Only the parliaments of Turkey and Hungary have yet to do so.