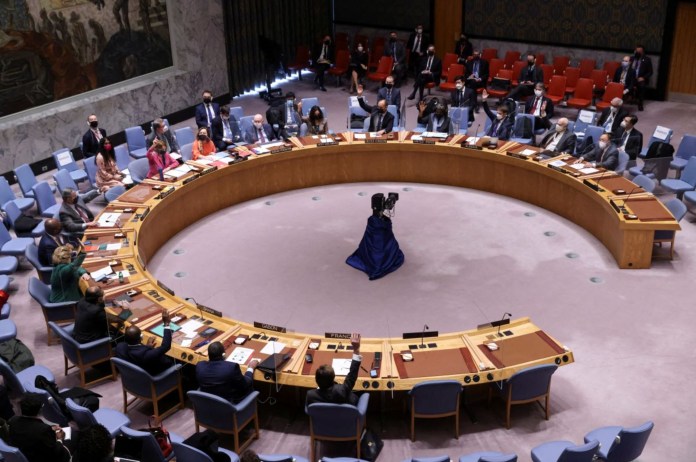 New Delhi: India has abstained on yet another UN Security Council resolution touching Ukraine; this one was a Russian-sponsored resolution (UNSC).

On Wednesday, only China and Russia voted in favour of the resolution calling for an investigation into what Moscow claimed was a combined US-Ukrainian biowarfare programme that violated the Biological Weapons Convention (BWC).

The resolution automatically failed without receiving the required nine votes, therefore all 10 of the non-permanent members chose to abstain, and the only no votes came from the US, the UK, and France.

Counselor Asokan Amarnath highlighted the lack of “an adequate, uniform and non-discriminatory verification process” for putting the BWC’s provisions into practise as the reason for India’s abstention.

Creating such a verification mechanism, he said the Council, “is vital to improve the BWC and its implementation.”

“We hope the current situation will provide an impetus for early consideration and negotiation of such a Protocol” for verification, he added.

India is one of the 184 nations that have ratified the agreement prohibiting the use, production, transfer, and storage of biological weapons.

At least eleven times at the Security Council and General Assembly, India have abstained on a significant resolution involving Ukraine.

Amarnath emphasised the significance of Article X of the BWC, which grants nations the right to take part in biological research and to exchange biological knowledge, materials, and equipment for nonviolent ends.

India “underlines that biological-related activities for peaceful purposes that are fully consistent with the Convention’s obligations should not be undermined”, he added.

The US has rejected Russia’s charges regarding the bioweapons programme, claiming that as part of its Cooperative Biological Threat Reduction programme, it had merely helped Ukraine when that nation gained independence destroy any material left behind by the Soviet Union.

In addition to circulating what it claimed to be documents regarding the alleged cooperation that it captured after invading Ukraine, Russia has claimed that biological weapons were being created in Ukrainian laboratories with US money and assistance.

It distributed a more than 300-page dossier with the accusations last week.

US Permanent Representative Linda Thomas-Greenfield said that Russia’s resolution “is based on disinformation, dishonesty, bad faith, and a total lack of respect for this body”.