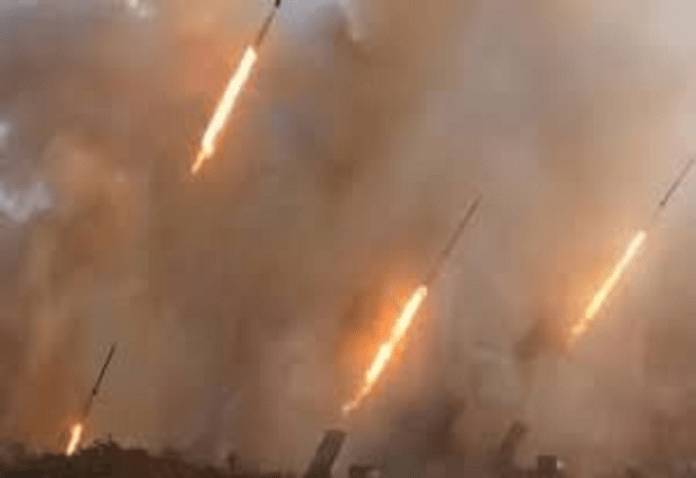 Tel Aviv (Israel): Four rockets were fired shortly after Benjamin Netanyahu won the Israeli election, with one of them being stopped by the Iron Dome air defence system.

The Israeli Defense Forces initially claimed that they lacked clarity over the Iron Dome system, but later backed up their claim, according to The Times of Israel. The cities of Kissufim, Ein HaShlosha, and Nirim, which are close to the Gaza border, were terrified by approaching rocket sirens after 9 o’clock when one rocket was launched from the Strip.

4 rockets fired from Gaza; one intercepted, others fall short in Strip — IDF – The Times of Israel https://t.co/LSSrqUIQoa pic.twitter.com/qX1KUu6MGI

According to The Times of Israel, there have been no reports of casualties related to the rocket attack up to this point.

Three more rockets were fired from Gaza at southern Israel about an hour later, but they missed their target in the Gaza Strip, according to the IDF.

According to The Times of Israel, an Israeli military action earlier that day in the West Bank city of Jenin resulted in the death of a member of the Palestinian Islamic Jihad.

The IDF and Border Police claimed in a joint statement that Farouk Salameh, who was named as a “commander” in the terrorist organisation, was responsible for the death of a seasoned police commando earlier this year and had been plotting other assaults.

This occurs after Netanyahu and his supporters gained enough seats in the Israeli parliament to form a majority government. According to NBC News, the outcome will not only guarantee Netanyahu’s comeback but also highlight the nation’s rightward trend.

Netanyahu had said to his supporters, “We have won a great vote of confidence and we are on the approach of a very big win.”

Lapid informed Netanyahu that he had given the order for an orderly transfer of power to all ministries inside the Prime Minister’s Office.

In a historic fifth election since 2019, Israelis cast their votes as the political system of the nation has been paralysed for nearly four years. 120 people make up the parliament.

The Central Elections Committee reported that 12,495 ballots with a total vote of over 6.7 million eligible voters were cast. To stop fraud attempts, control traffic, and maintain security, over 18,000 police officers were stationed across the nation.

With the help of a coalition made up of the far-right Jewish ultra-Orthodox party and Netanyahu’s right-wing Likud party, Israel’s longest-serving leader, tried to retake power.

Before being overthrown by a bipartisan coalition led by the current prime minister, Yair Lapid, in June 2021, Netanyahu had been prime minister for 12 years in a row.