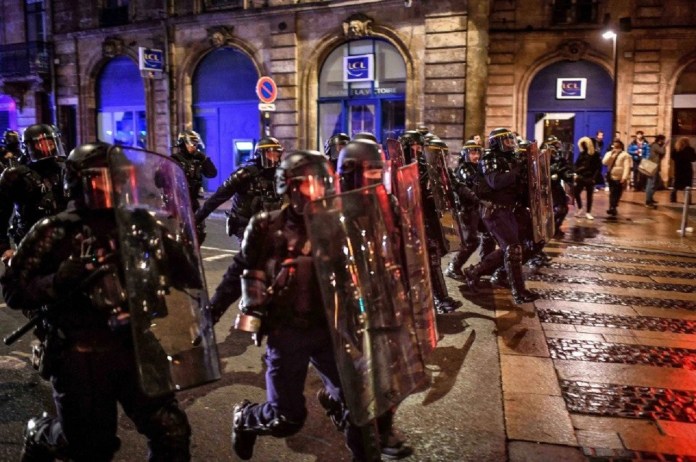 Clashes in France: Thousands of football fans descended to the streets of Paris, Nice and Lyon after France’s defeat to Argentina in the FIFA World Cup 2022 Final in Qatar.

Riots were reported from cities across the country after Argentina secured a dramatic 4-2 penalty shootout win over France on Sunday.

Riot cops clashed with fans on the famous Champs-Elysees in the French capital as flares were lit up and fireworks hit the skies after the tense game. In Lyon, riot cops reportedly fired tear gas on football fans as violence broke out in the city, Sun reported.

Police had to resort to teargas as protestors were even throwing firecrackers at them.

A Twitter user claimed, “In Lyon, a woman was attacked as she was trying to drive past the rioters.”

In Lyon, a woman was attacked as she was trying to drive past the rioters. pic.twitter.com/lWlQLT6z5F

Around 14,000 police officers were deployed across the country to guarantee security as Les Bleus took on Argentina in the World Cup final, officials told The Daily Mail.

Argentina defeated France in the FIFA World Cup 2022 final in Qatar to win the title and become the world champions for the third time. France was defeated 4-2 in a penalty shootout.

Mbappe, France’s star player, scored a hat-trick in the game, but his team was unable to win the cup. In this World Cup, he scored eight goals. Argentina’s great footballer Messi was awarded the Golden Ball. Messi scored seven goals at this year’s World Cup.