Chileans rejected a new constitution in a referendum held on Sunday inflicting a severe setback to a three-year effort to reform governance and restrain the free-market policies that made the country's profoundly unequal society a favourite among investors. 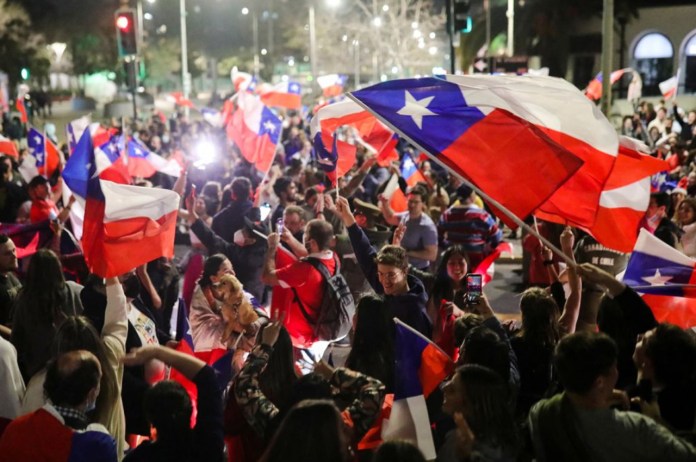 New Delhi: Chileans rejected a new constitution in a referendum held on Sunday inflicting a severe setback to a three-year effort to reform governance and restrain the free-market policies that made the country’s profoundly unequal society a favourite among investors.

With 99% of the votes in, 62% of voters opposed the proposed charter that a convention chosen by the people had been working on for the previous year, while just 38% supported it. Monday’s market growth in Chile is anticipated. The landslide victory surprised pollsters, who had predicted that the present, more business-friendly framework would be maintained.

The vote was intended to mark the conclusion of a movement that began with large-scale demonstrations against inequality in late 2019. President Gabriel Boric, 36, who was counting on the new charter to help overhaul the tax, pension, and labour systems, increase social services, and reduce inequality, has instead suffered the campaign’s first significant defeat. Augusto Pinochet’s military dictatorship produced the current constitution.

“Boric is left severely weakened,” said Cristobal Huneeus, founder of DecideChile and director of Data Science at Unholster. “No one thought there would be a difference of 20 percentage points. It’s a historic and resounding defeat.”

Boric reaffirmed his commitment to amending the constitution in statements broadcast on television after the vote, emphasising that the national congress would play a key role. The president will speak with other political leaders this week in addition to meeting with the leaders of both houses of Congress tomorrow. He stated that he is still committed to finding a solution for Chile to draught a constitution that would enjoy broad public support.

“I’m sure all this effort won’t have been in vain, because this is how countries advance best, learning from experience and, when necessary, turning back on their tracks to find a new route forward,” the president said.

According to Leonardo Suarez, director of research at LarrainVial, rejection paves the way for Chile’s IPSA stock index to increase more than 10% in the following weeks and the peso to appreciate over 850 to the dollar. According to a Bloomberg study, investors are now more likely to switch to riskier corporate bonds and Treasury notes with longer maturities.

Given that the proposed charter indicated stricter environmental and community requirements, Chile’s massive copper and lithium industries may also feel some relief.

“The ‘Reject’ victory was bigger than polls had been forecasting,” Sergio Godoy, an economist at STF Capital, said most of the votes had been counted. “The market had been pricing this result, but not completely.”

Godoy expects that the peso will increase on Monday, reaching a high of 810–82 per dollar. But he said that for it to remain there, the nation must work toward a new constitution that would win the approval of a larger number of people.

The government of Boric is not out of options. Parties from all political stripes have been persuaded that change is necessary, even if it isn’t the change outlined in this charter by the social movement that led to the creation of the current constitution.

“The two positions have moved toward the center,” said Kenneth Bunker, political analyst at Santiago-based consulting firm Politico Tech Global. Now, “we are no longer talking about approving or rejecting the proposed constitution, but on how to reform the current charter. There is a growing political center that is likely to reach a solution after the vote.”

In August, lawmakers approved a bill that lowers the threshold for a legislative majority needed to modify the present constitution.

The election for the Constitutional Convention was largely controlled by leftists and environmentalists just 16 months ago. Then, continuing the movement for change, Chileans elected their most left-wing president in fifty years in December. That enthusiasm is currently waning.

The draught was opposed in the months before the vote by both political right parties and prominent members of the center-left governments who ruled the nation for 20 years after the dictatorship ended in 1990.

The new charter, according to its detractors, would reduce investment and growth, weaken crucial checks and balances on authority, and trigger a rise in fiscal spending. The inclusion of a wide range of social rights, improved environmental protection, and expanded representation for women and indigenous groups was praised by those in favour.

“This is a very significant political, ideological and strategic defeat for President Boric,” said Mauricio Morales, a professor of political science at Chile’s Universidad de Talca. “It will inevitably fracture the governing coalition.”